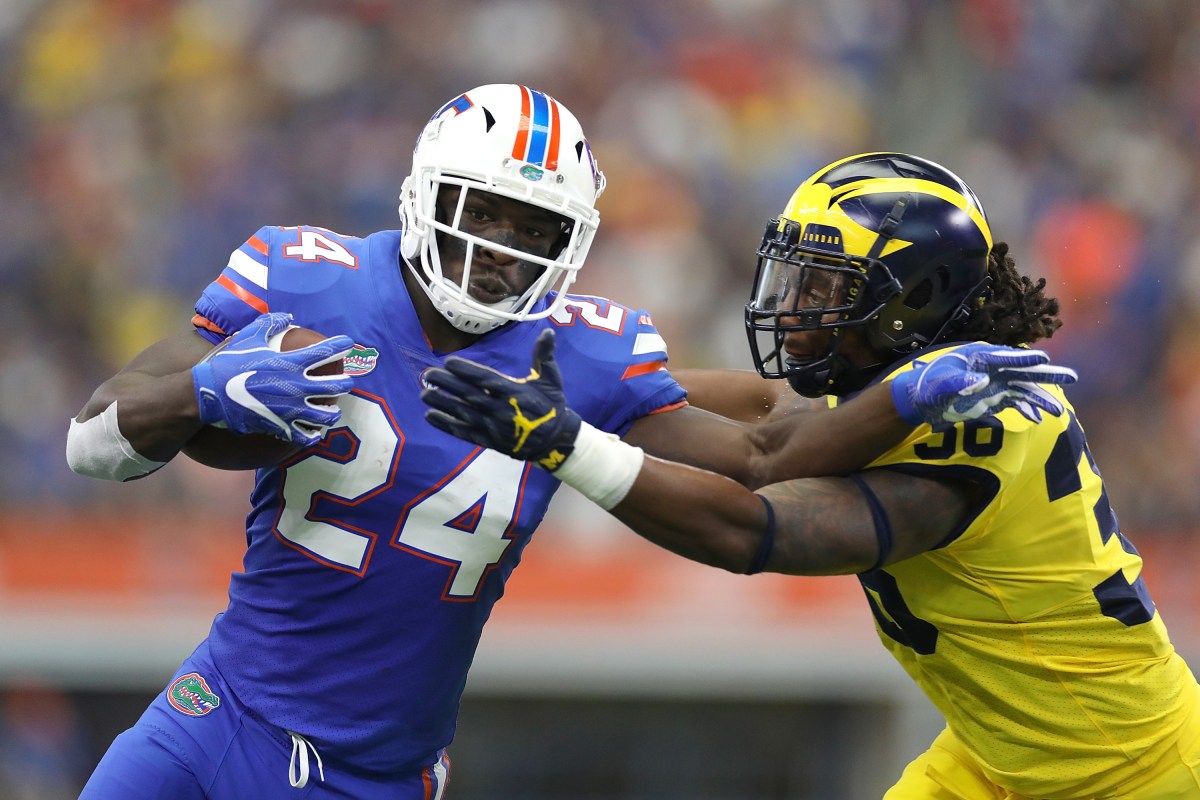 The Florida Gators are off to a rough start in the 2017 college football season after a 33-17 loss to No. 11 Michigan.

No matter the situation, losses are always tough to deal with. With that said, Florida senior running back Mark Thompson has taken exception to the way head coach Jim McElwain and staff used their quarterbacks in the season-opening contest.

For context, freshman Feleipe Franks started the game for Florida but he was pulled in favor of Notre Dame grad-transfer Malik Zaire. That had to have been a blow to the confidence to the young starting quarterback, but to make things better, Zaire didn’t play much better.

Ultimately, Thompson told reporters that he believes the Gators should have stuck with Franks through thick and thin.

#Gators RB Mark Thompson on Feleipe Franks: "We got to let him play the full game. We can’t take him out halfway through the game."

The Gators couldn’t get anything going against the Wolverines through the air, and the run game wasn’t much better. In fact, Florida only rushed for 11 yards as a team, so all-in-all, perhaps this wasn’t just about the quarterbacks, though Thompson’s point is a valid one.

There’s an old saying in football that if you have two quarterbacks you really don’t even have one, and that appeared to be the case this past weekend for Florida against a very good Michigan team.