Miserable Will Grier whines and complains about his exit from Florida 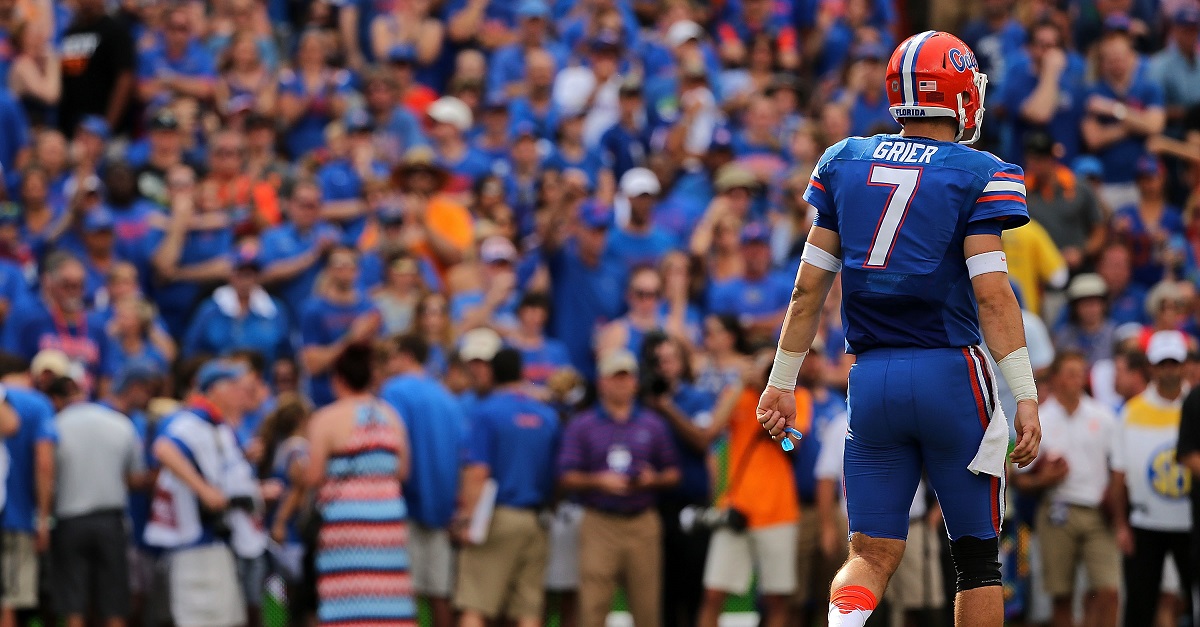 Today marks the one-year anniversary of former Florida quarterback Will Grier’s suspension from the game of football. He took an item on the banned substance list called Ligandrol and admitted to as much in a lengthy letter he wrote with Bleacher Report. He also detailed some of his experiences with coach Jim McElwain after Will Muschamp was fired.

RELATED: Report: Will Grier transferred after coaches didn’t guarantee him a job

He talked about how reports surfaced about him wanting a guarantee of his job after year-long suspension would have ended this week had he stayed at Florida. Instead, Grier transferred to West Virginia where he will lose a year of eligibility because of transfer rules and then will still have to serve the six-game suspension in 2017.

Grier specifically mentions a meeting he had with McElwain about future plans and how the coach wouldn’t give him any guarantees or tell him anything about his future plans. Two weeks after that meeting, Grier went in for another one “man-to-man” and here’s how he describes the interaction:

“I kept asking him what I could do to make it work there. He finally ended up saying, “Maybe a fresh start isn’t the worst thing.” He said that, and I said, ‘So I guess that’s the move.'”

RELATED: Will Grier to transfer from Florida

However, the most interesting quote came when Grier sounded his most bitter and admitted to not watching the rest of the Gator games that season:

“I never thought McElwain appreciated anything I did. If it were a different situation and he did appreciate what I did, he would’ve done anything to get me ready to play for the next year. Trying to keep me in it, around the team, prepared to go if and when the opportunity happened again. Instead, it was just the opposite.”

The whole thing reads very much like a lover scorned and who’s angry at their ex. Good for Grier to come out and get all of that off his chest though and tell his side of the story. It does take a lot of guts to do that.