One Florida player’s draft stock rising according to NFL.com 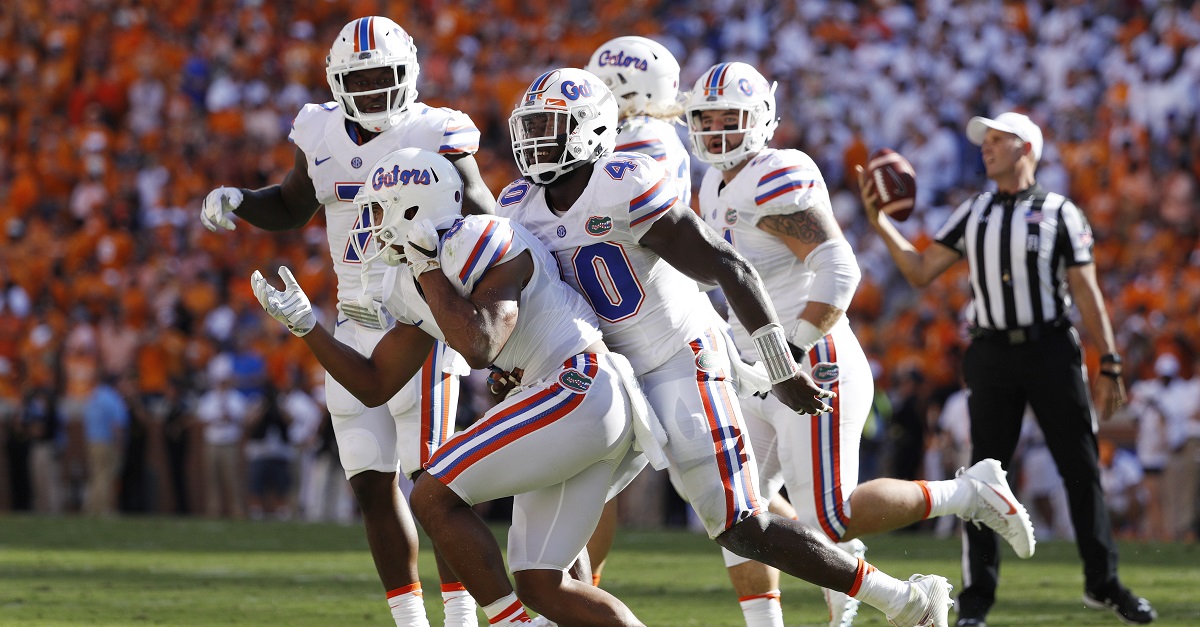 While everyone expected Jalen (Teez) Tabor’s stock to rise and rise this year on his way to becoming the highest drafted Florida defensive player, there’s another in his own secondary that is challenging him. NFL.com’s Chad Reuter is impressed by Quincy Wilson and placed him on his “Stock Up”list.

He’s impressed by how Wilson has stepped into a larger role this year and believes he could be taken before Tabor.

Although scouts and SEC receivers already knew about Wilson?s talents, he has stepped into a bigger role with the Gators this season. He?s proving that he?s more than worthy of the challenge. In fact, one NFL executive believes he?s the best cornerback in college football. Playing beside the more highly regarded Vernon Hargreaves III and Teez Tabor in past seasons, Wilson?s play has gone under the radar nationally. But now, the 6-foot-1, 213-pound defender?s length, physical style and ball skills are gaining the notice they deserve.

It’s nice to see Wilson getting the credit he deserves and he’ll have a chance against Missouri this weekend to prove just how good he is as the Tigers average the 8th-most pass yards in the country this season. I have a feeling that Wilson and Tabor won’t allow them to throw for their 350 yard average this week.