Report: Luke Del Rio’s injury not a season-ending one 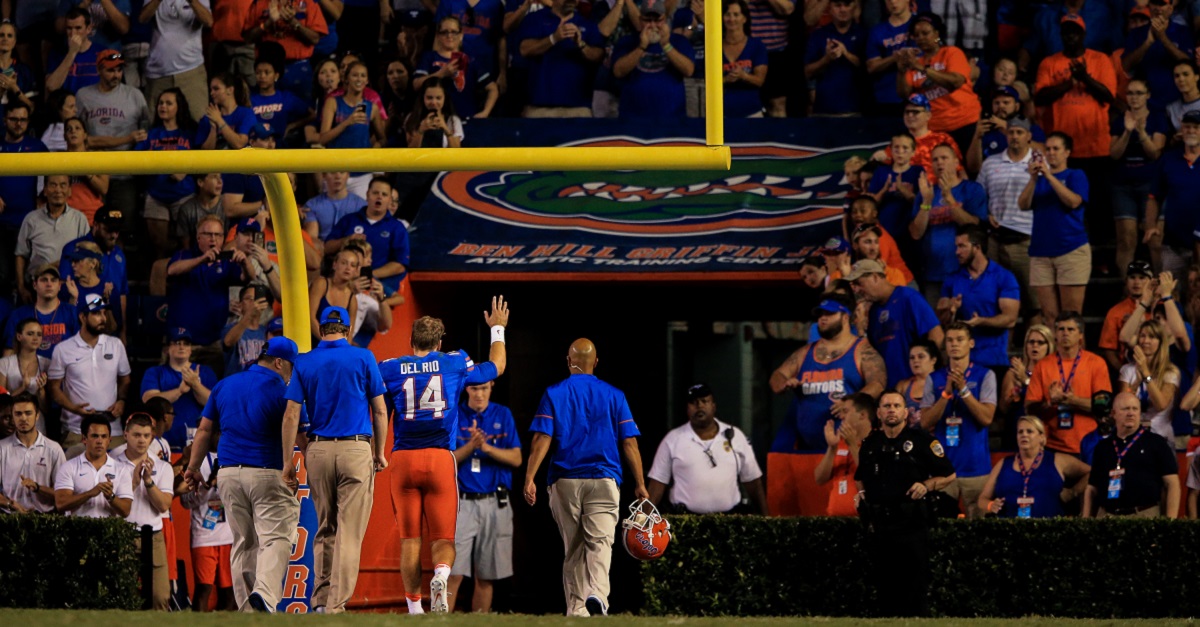 Rob Foldy/Getty Images
GAINESVILLE, FL - SEPTEMBER 17: Luke Del Rio #14 of the Florida Gators waves to the crowd as he is taken off the field after an injury during the third quarter of the game against the North Texas Mean Green at Ben Hill Griffin Stadium on September 17, 2016 in Gainesville, Florida. (Photo by Rob Foldy/Getty Images)

Florida quarterback Luke Del Rio suffered what looked like a pretty serious knee injury against North Texas on what some think was a pretty cheap, low hit by a North Texas defender. He had to leave the game and the Gators would eventually win 32-0, but now Purdue graduate transfer Austin Appleby will be the starter for at least a few games.

Gridiron Now is reporting that Del Rio has a sprained MCL and could be back as soon as the LSU game on October 8. That means he would miss next weekend against Tennessee and the week after that against Vanderbilt. When the Tigers and Gators meet it will actually be two former Purdue QBs playing against each other as Danny Etling also transferred from there.

This will leave two freshmen as the potential backup QB for Florida in either Kyle Trask or Feliepe Franks. Franks is the five-star recruit Florida actually flipped from LSU and Trask is a three-star recruit out of Houston. That doesn’t make any coach feel comfortable so the staff has to be hoping for no more QB injuries before Del Rio gets back.