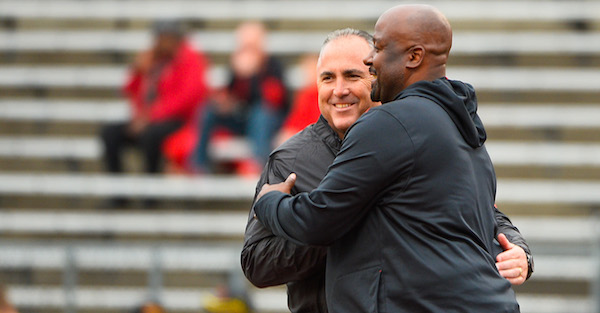 “Sources tells FootballScoop, Mike Locksley has agreed to join the Florida staff after Alabama’s playoff run. Prior to serving this season as an analyst at Alabama, Locks spent the past four seasons at Maryland as offensive coordinator.”

Locksley was reportedly in the running for the Alabama offensive coordinator job before it eventually went to Steve Sarkisian.

The former Maryland offensive coordinator will reportedly join Florida as an on-field assistant, per Gator Bait.