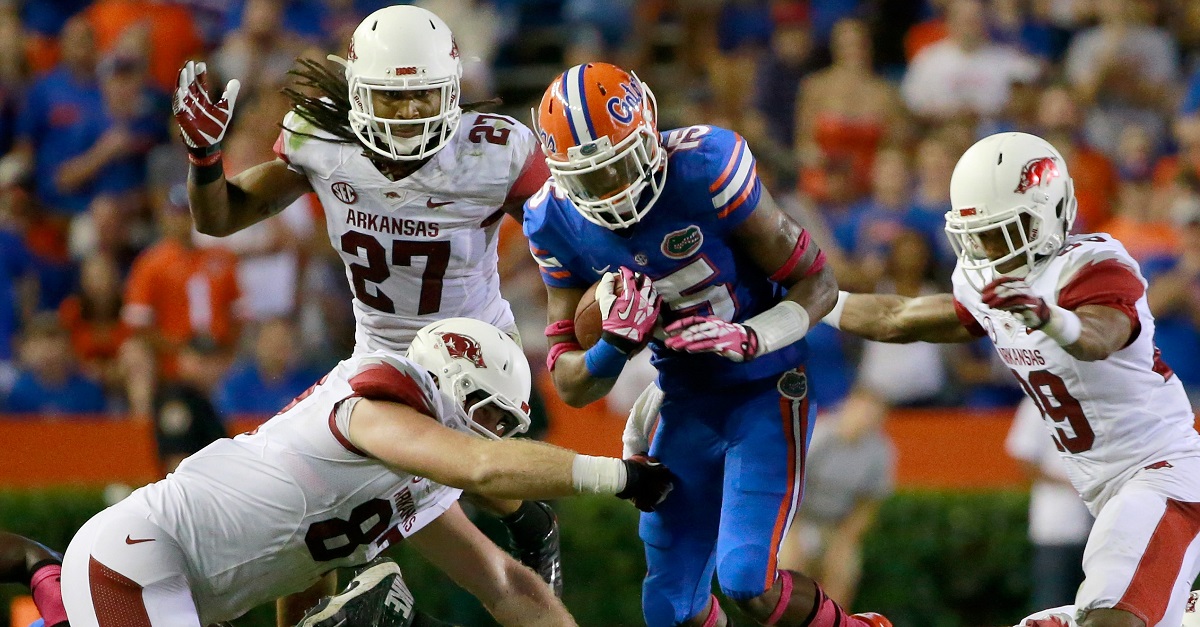 When the SEC makes it conference schedule it probably doesn’t put much stock into when cross-division rivals and foes meet up in the SEC. The divisional games almost always have the same date each year; Florida always plays Georgia Halloween weekend, the Gators always play Tennessee the third week of the season and always play Florida State to end the season.

RELATED: Florida could be down a receiver heading into the Arkansas game

With that in mind, this stat becomes even more incredible to think about:

Interesting stat: Since SEC adopted divisions in 1992, Florida has yet to play SEC West opponent on the road in month of November.

Granted, that number becomes two this year since the LSU game was moved, but to think that the SEC and former AD Jeremy Foley never had a road SEC West game in November scheduled for over 20 years is pretty incredible.