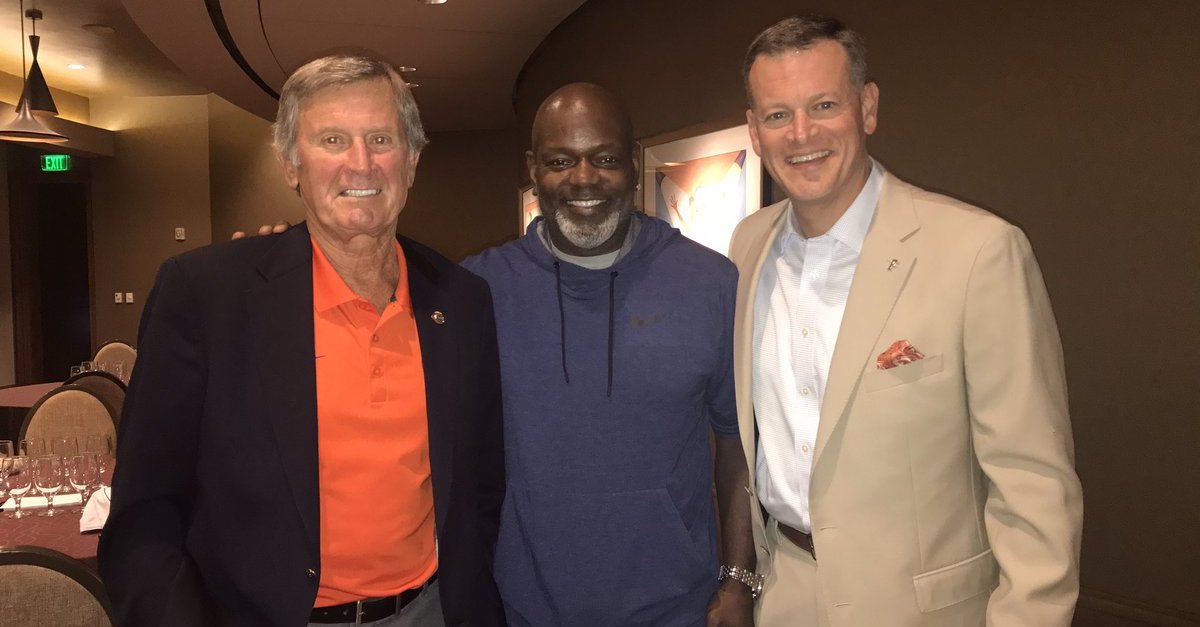 It looks like the Florida Gators could end their coaching search sooner than expected.

Kelly isn’t expected to stay on the coaching market long, which fits perfectly with Stricklin’s preference to hire a coach quickly.

However, former Florida coach and current ambassador Steve Spurrier reportedly prefers UCF’s Scott Frost for the coaching vacancy, which would alter the AD’s plan since Frost will be obligated to stay with the Knights until December, according to Heitner.

While Spurrier still remains a powerful figure in the UF athletic department, Stricklin will ultimately get the final say in the coaching hire, as noted by SEC Network’s Paul Finebaum.

I'm going to tell you right now Scott Stricklin is going to win that battle. Spurrier is important but he's not the AD. https://t.co/1PFhS6Zd8E

Following the report, Spurrier tweeted that he wouldn’t provide a recommendation for the job and would support Stricklin’s decision “100 percent.”

I am not recommending anyone for the job. We all have complete confidence that Scott Stricklin will make the best choice for our school – and we will support his decision 100 percent. https://t.co/GREyvfIfFW

Stricklin was hired to replace former athletic director Jeremy Foley last year after a long tenure at his alma matter Mississippi State. This will be his first football coaching hire since accepting the AD position in November 2016.

While his NFL coaching career left much to be desired, there’s no denying that Kelly was one of college football’s best coaches while at Oregon. The Ducks were consistently a national contender, made the inaugural College Football Playoff and quarterback Marcus Mariota became the school’s first Heisman Trophy winner during his tenure.

“I don’t know how to characterize him other than it’s unbelievable,” Finebaum said. “What he did at Oregon was spectacular.”

And Florida fans are surely hoping that he can do something similar for them if he heads to the southeast and recruits in that hot bed of talent.