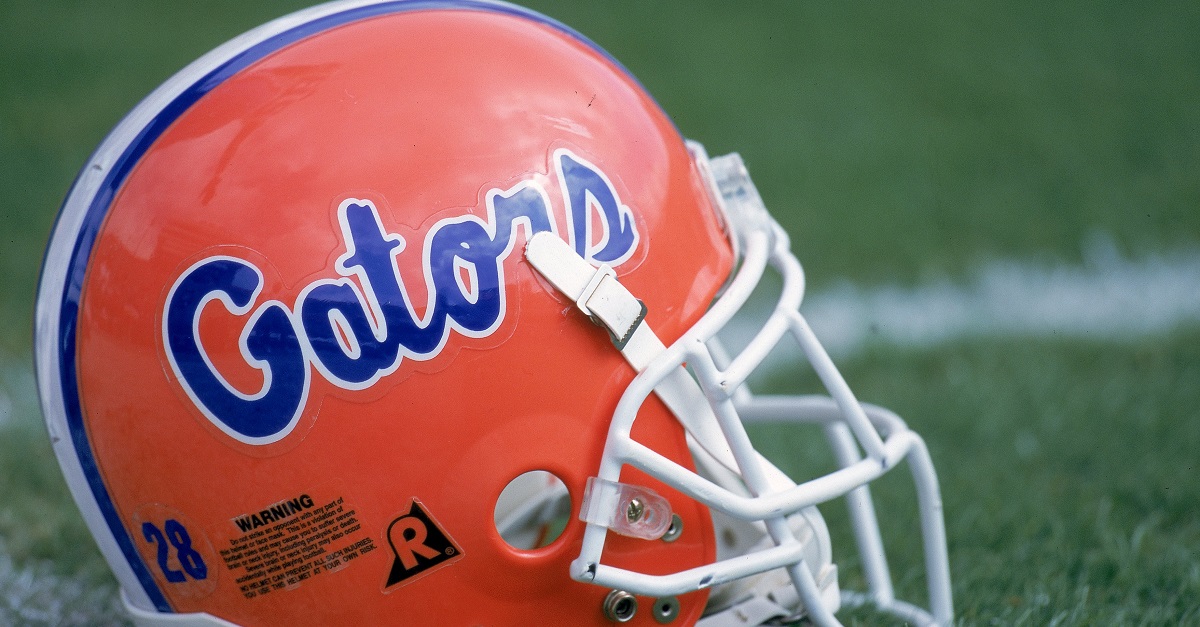 Scott Halleran/Getty Images
7 Oct 2000: A view of the Florida Gators football helmet taken on the field during the game against the LSU Tigers at the Ben Hill Griffin Stadium at Florida Field in Gainsville, Florida. The Gators defeated the Tigers 11-9.Mandatory Credit: Scott Halleran /Allsport

Most Florida fans were disappointed and shocked when Kelvin Taylor, the son of legendary running back Fred Taylor, decided to go pro after his junior season. He finished his career with 23 touchdowns and 2,108 rushing yards with his lone 1,000-yard season coming his junior year.

He only averaged 4.0 yards a rush his junior year and the offensive line wasn’t that great. That led to him being selected in the sixth round by the San Francisco 49ers, but it seems that he didn’t make a big enough impact in camp to earn a spot on the roster either.

Florida fans are surely scratching their heads and wondering why he didn’t stay another year with what was expected to be a much improved offensive line helping open holes for him. Hopefully he can find a spot somewhere else, but now those fans who wanted him to stay are looking like some real football experts.