This CB is allowing a quarterback rating of 0.0 and it isn’t Jalen Tabor 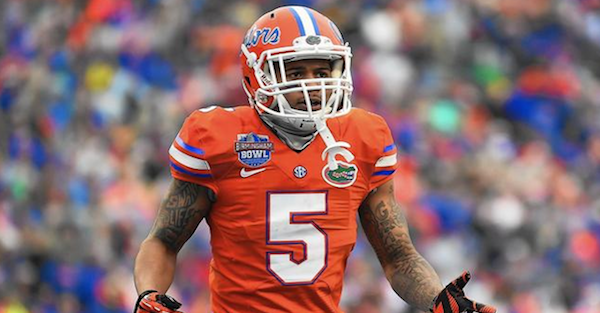 Jalen Tabor came into this season with a lot of confidence and he should have because he is considered by many analysts and college football experts to be one of the best cornerbacks in the country. He has played fairly well so far this season with two interceptions in four games and has a pass breakup to go with seven tackles.

However, it’s his secondary partner who’s playing better than he is. Quincy Wilson has recorded two pass breakups, four tackles and a tackle for loss as well these nifty stats:

With just one reception allowed & two INTs recorded, #Florida CB Quincy WIlson is allowing a QB rating of 0.0 on throws into his coverage.

It’s safe to say that no one else possesses a rating like that and he is the best cornerback in the country through four weeks of the season.