This incredible stat proves why Florida is the real “DBU” 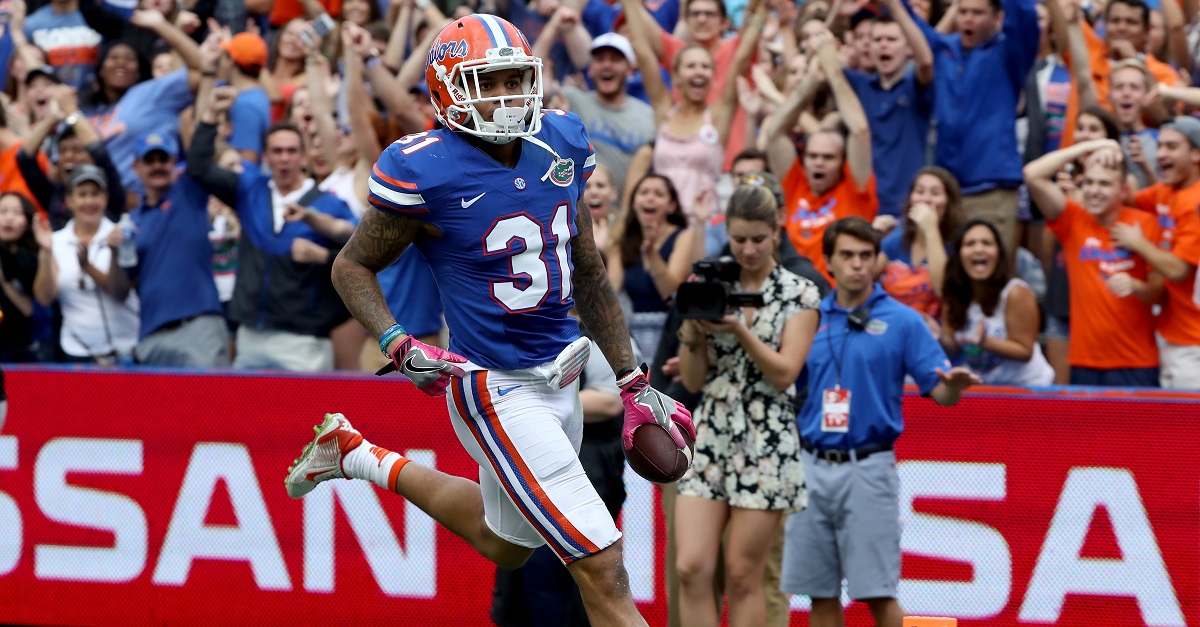 The debate of who the real “DBU” is has been ongoing for years now. Is it LSU? Is it Florida? Is it someone else? Well, Florida has a pretty strong grasp on it now according to Pro Football Focus.

In its 40-14 victory over Missouri, Florida’s defense allowed just two completions on passes that traveled beyond the line of scrimmage pic.twitter.com/tVaUEehlNN

The SEC’s top passing offense was absolutely stifled and only had 98 yards — 59 of which came during garbage time — compared to its normal 323 passing yards per game. Drew Lock looked horrendous with only four completions and two more of them to the Gators who took them back to the house.

So maybe calling Florida “DBU” with its recent draft picks in Vernon Hargreaves, Will Hill, Reggie Nelson, Joe Haden and Keanu Neal isn’t such a stretch.