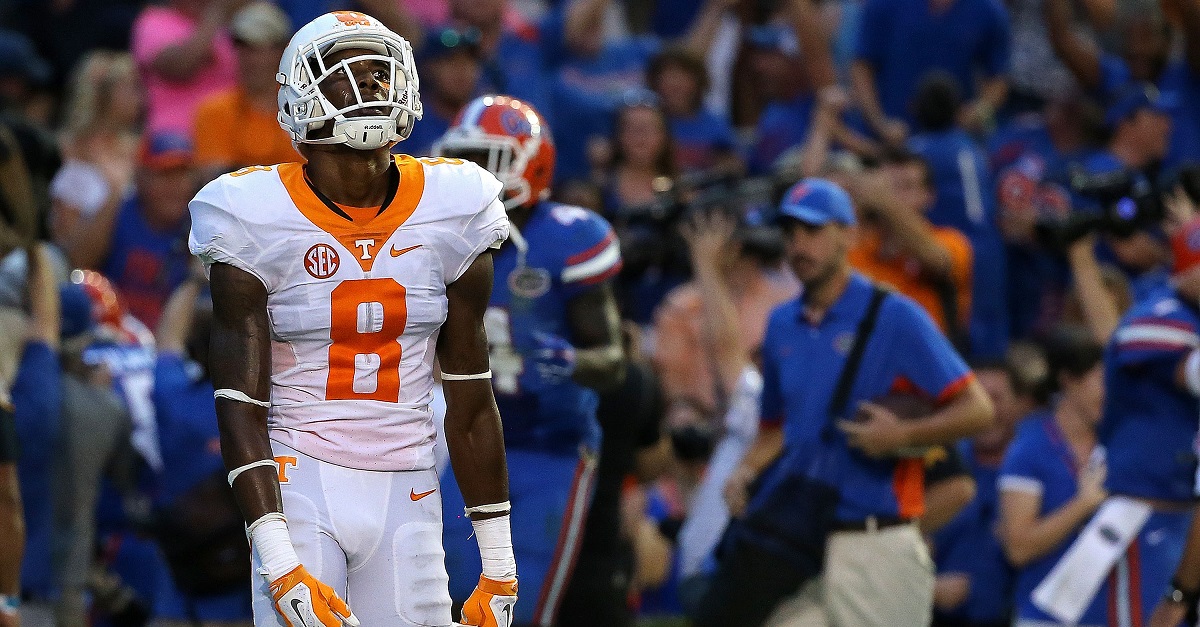 The Florida Gators have beaten the Tennessee Volunteers for 11 straight years. They have all the confidence in the world and truly believe they will beat the Vols in Neyland despite not having their starting quarterback and potentially going in there without their best wide receiver Antonio Callaway.

RELATED: Tennessee gets some help along O-Line as this player available for Florida game

He believes that the Vols have a “mental block” and that will keep them from winning the game. He’s seen more than his fair of these games as they have been the CBS game more often than not during this rivalry and he’s seen it up close and personal for most of that time.

“You can close your eyes and switch the uniforms with these guys and right now Florida thinks they’re going to win. And that’s really the whole thing about this football game. There is not a matchup, there’s not a play, there’s not a physicality part of the game – the biggest hurdle in this game is Florida knows somehow they’re going to win and Tennessee believes somehow how are we going to blow it this year? And it’s not just the players – last year’s meltdown in the last quarter of this game was by the coaching staff too. They took their foot off the gas, they played soft defense, they almost played a prevent defense on the last play of the game … it’s been almost system-wide – the coaches, the players and the fans have a mental block in this game.”

Sounds like the Vols have more than just the physical hurdles to get over for this game as Danielson says and it should make for a great mid-afternoon game. Just remember that the last time the Vols won this game, “Yeah!” by Usher, Lil’ Jon and Ludacris was the top song in the country. I’ll let that sink in and let you go down memory lane a bit.