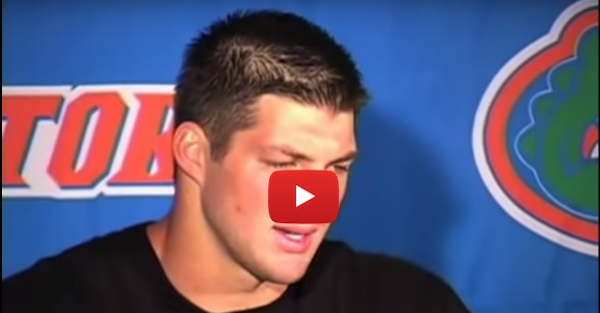 In honor of it being Thursday, and just nine days until Florida football opens its season against New Mexico State, we decided to bring you a little something for #ThrowbackThursday. We chose Tim Tebow’s “promise” speech — the emotional one he gave following Florida’s 31-30 home loss to an unranked Ole Miss team in 2008. Here’s part of the speech that is now on a plaque outside of Ben Hill Griffin Stadium: