Treon Harris is making the move to wide receiver 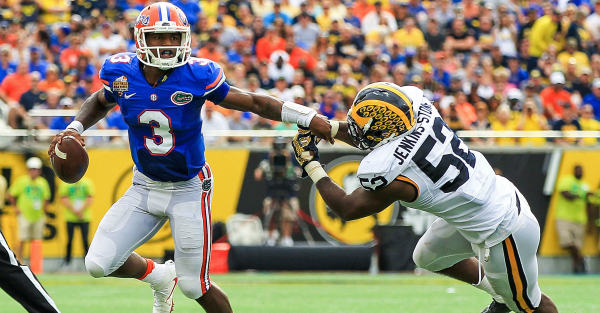 Florida fans have been calling for serious change at quarterback ever since Will Grier got suspended because Treon Harris has just not cut it. Most fans would argue he’s cost the team games and has made crucial errors at some inopportune times. It looks like he’s gotten the message loud and clear and will make the move to wide receiver much like Ohio State’s Braxton Miller did this season.

The Gators scored just 24 total points in their season-ending three-game losing streak and much of that was from a lack of a passing game. The battle for quarterback is looking like a three-man race between true freshman Feleipe Franks, Luke Del Rio, and Austin Appleby.