‘Gatoropoly’ Finally Settles Who Owns the University of Florida 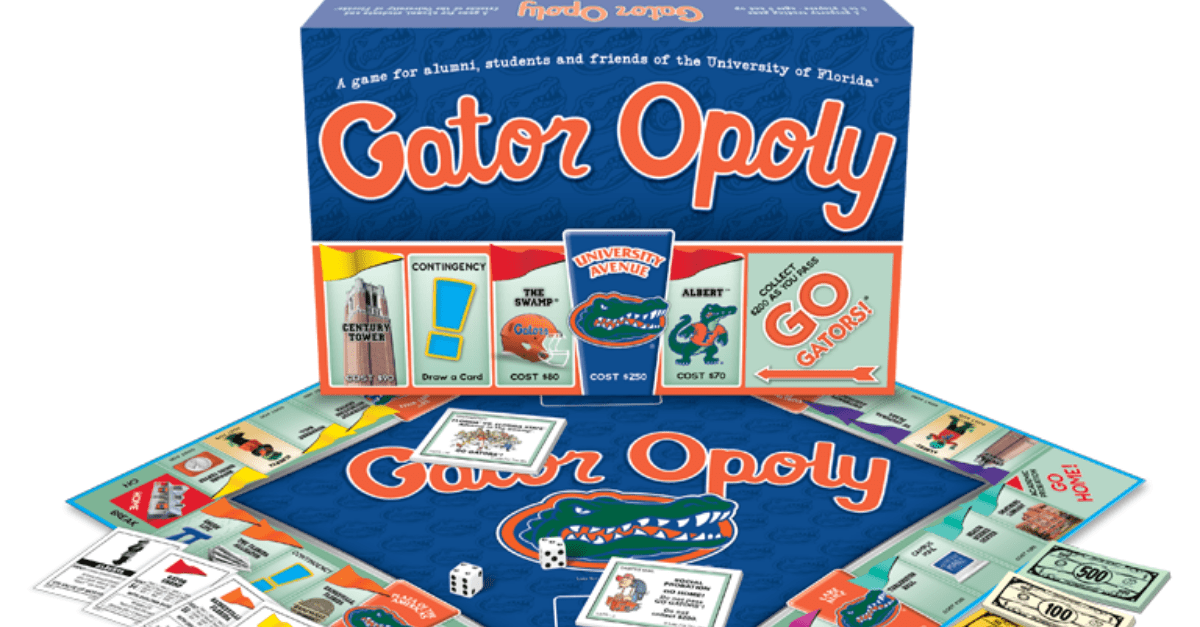 Nothing gets more fiery than game night with friends and family. Whether you’re breaking out an old classic or the trendy, new card game of the day, a little competition never hurt anyone, right? When it comes to competing at a high level, though, you’ll be hard pressed to find a more demanding standard than at the University of Florida.

Legendary teams of Gators have claimed 41 national championships from women’s tennis to the football program, and 214 athletes have won individual national titles. Anyone who has passed through Gainesville, Florida knows how deeply rooted the school’s tradition is, and it’s time to find out who is the champion of all-things Gators on your next game night with University of Florida Gatoropoly.

This spin off of the classic Monopoly board game takes things up a notch when familiar game spaces like Pennsylvania Avenue and Park Place are replaced with some of the most iconic buildings and traditions around the university.

Instead, throw it back to your days living in the Student Ghetto and heading to the Purple Porpoise Pub by landing on board spaces such as Florida Field, the Pride of the Sunshine Band, the 34th Street Wall, Century Tower, Tigert Hall and, of course, The Swamp.

Compete with two to five people to control the university in all its iconic facets, but be warned! If you don’t study hard enough, you’ll be sent HOME on academic probation! Also, if you happen to draw the wrong card and “Forget Your Sunscreen,” you’ll be moving back five spaces.

This fun game would be a riot to play with UF alumni, future grads and every Gator fan in between. You’ll choose from game pieces like the Alarm Clock, Gym Shoe, Graduation Cap, Bicycle and Pencil to take over the Gatoropoly board game.

The Florida Gators Gatoropoly board game is a must-have to complete any game room and is an ideal gift to help take some nostalgia from Gainesville anywhere in the United States.

Put down the video games, don’t bother with gift cards for the holidays, and fulfill every Gators’ fans wish lists by getting your very own Monopoly game, but only if it’s celebrating the Florida Gators.

This article was originally published December 4, 2018, but during coronavirus quarantine, is there really a better board game than Monopoly?