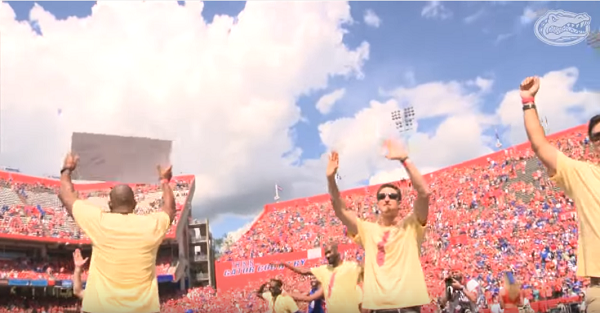 Florida fans had a great day on Saturday as the Gators beat Kentucky 45-7 and a couple of legends came back to perform the Mr. Two Bits chant. While they weren’t former football players, they are still some of the most beloved Gators to ever step foot on campus.

Corey Brewer, Joakim Noah, Lee Humphrey and Al Horford came back to campus and performed one heck of a Two Bits chant for a rowdy crowd at the Kentucky game. It was great timing because those guys owned Kentucky on their way to back-to-back national championships and got to see another beatdown of the Wildcats.