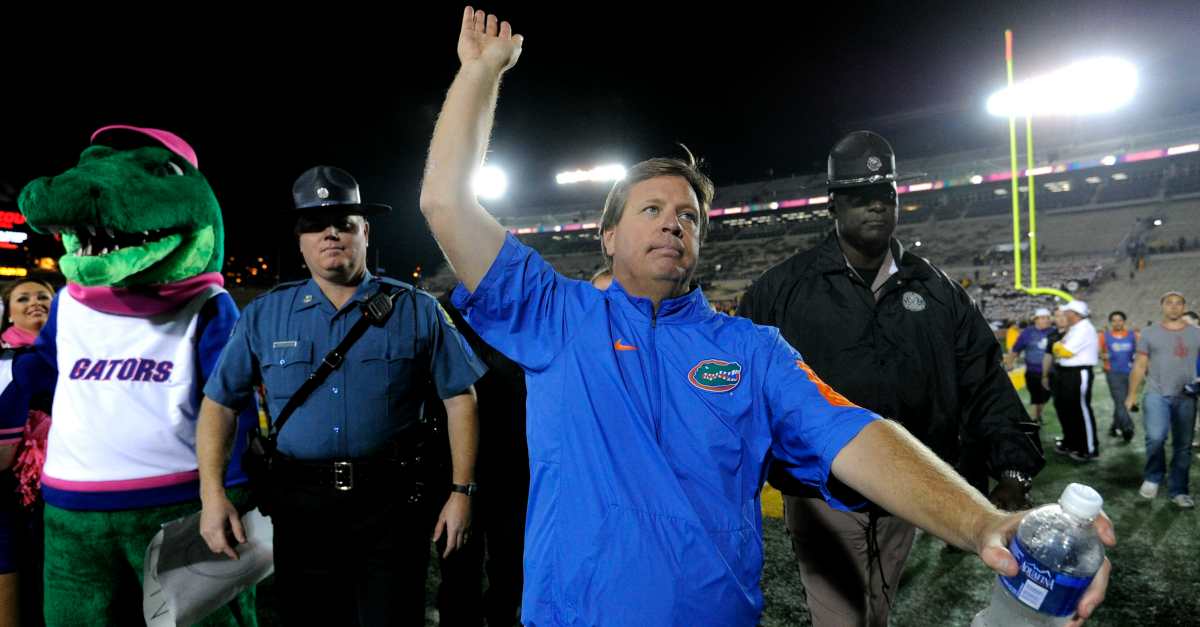 With Treon Harris making the move to wide receiver for Florida, the battle for the quarterback position was open to all the QBs on the team. Luke Del Rio was named the leader in Florida’s QB competition and it probably helps that he was the only other quarterback on the roster last year.

During a talk at the Palm Beach County Gator Club, Nussmeier credited Del Rio as the quarterback with the most experience and knowledge of the Gators’ offense.

“He has a really good understanding of what we’re doing,” Nussmeier said according to Anthony Chiang of the Palm Beach Post. “Obviously he was in the system before. He’s really grasped the system well and he really understands how to let the system work for him.”

Florida also has freshman stud Feleipe Franks on campus competing with true freshman Kyle Trask and Purdue graduate transfer Austin Appleby for the starting spot before the Gators start their season against UMass. Nussmeier went on to say how the job is Del Rio’s for now, but there’s a chance he may not end up with it in the fall.

“I think (Del Rio) had a really good spring. As coach Mac has said, maybe (Del Rio) is a little bit ahead. But we’re going to continue to let these guys compete,” Nussmeier said. “Remember, Austin did things for the first time this spring and he’s going to come back and be a lot better the second time though. Those guys continue to battle each and every day. Just as a group and the way they pushed each other, I’m excited about all four of those guys.”

Del Rio started as a walk-on at Alabama before transferring to Oregon State where he completed 8 of his 18 passes for 141 yards. Now he’s a redshirt sophomore at Florida on the verge of starting for the 2016 season.