Were Florida fans taunting LSU with a skeleton “scaredy-cat” at the Mizzou game? 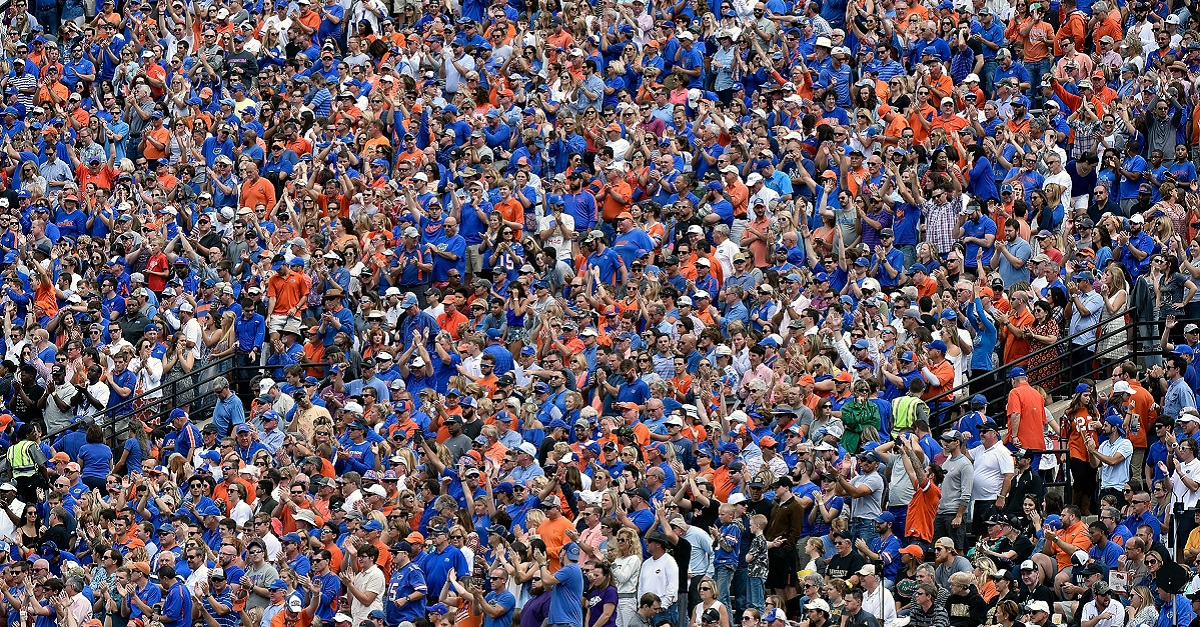 Florida players were pretty happy about the 40-14 win against Missouri on Saturday and celebrated with the fans right after the clock ticked down to zero. There was an extra prop in the celebration that was caught on camera that some LSU fans likely won’t enjoy looking at.

The "Halloween Cat" referenced is shown here. Some sort of skeleton cat with purple and gold Mardi Gras beads that #UF players had. pic.twitter.com/XMU0zAHBXH

There are some LSU fans who think that it is a direct shot at Mike VI, the live mascot for LSU who just passed away from cancer.

If it's a shot at Mike The Tiger. I really hope the @lsufootball boys see this one. #November19th https://t.co/SQCuJXEZzz

RELATED: See Mike VI at his happiest before he passed away Tuesday

However, the cat didn’t belong to the Florida players and it was actually from someone in the audience.

The Halloween cat seen on the field after last nights game was thrown onto the field by a fan. It has no significance within our program.

So the cat skeleton Florida players were photographed with apparently belonged to a fan in the audience, as noted in the 4th quarter: pic.twitter.com/FVLKkVXot9

And it doesn’t seem like it was a shot at Mike VI, but maybe a more direct shot at LSU for being too afraid to go to Gainesville like it was supposed to this season.