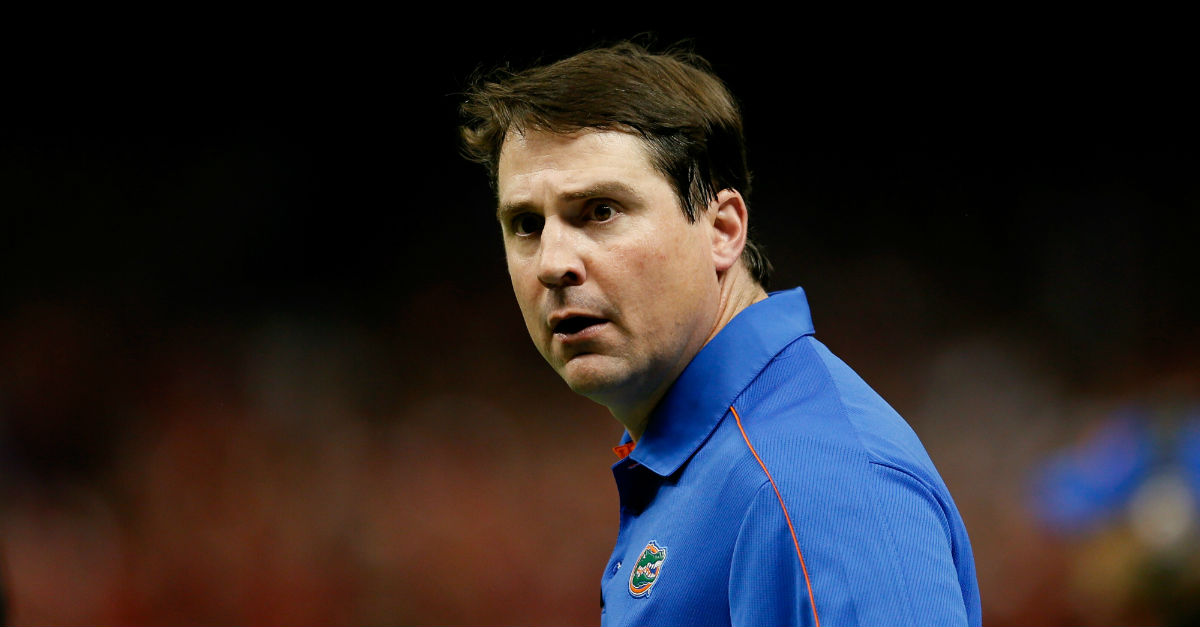 Former Gators head coach Will Muschamp had his introductory press conference for his new job (Auburn’s defensive coordinator) on Saturday. A major talking point for Florida falling behind the rest of the SEC recently have been the less-than-stellar facilities.

It didn’t take much time for Muschamp to mention how great Auburn’s facilities are in comparison to Florida’s.

Muschamp says recruits would always tell him how nice housing was at Auburn. "It's nice to be on this side of it."

It should be noted that the University Athletic Association has nothing to do with student housing, but I can tell you that having been in the “athletic dorms” before at UF’s campus, they aren’t the nicest rooms on campus.

Athletic director Jeremy Foley spoke about the Gators’ facilities at Will Muschamp’s departing press conference on Nov. 17. Here’s his lengthy statement on the issue:

“I wear orange and blue goggles a lot and I’m open to have wide-open eyes, but I don’t agree that our facilities have fallen behind,” Foley said. “We judge our facilities based on can they help our programs be successful? Do they make an impact on their ability to be successful, whether that’s a weight room for football, gymnastics practice studio, what have you. As you look around our facilities, we’re not into bell and whistles.

“We’re putting a major expansion into our academic center. We’re designing that right now. I think when you bring young men and women on campus with their parents, I think their commitment to their to academic success and personal development as human beings is really important, all right? So we’re always looking to upgrade our facilities, but we’re not getting into an arms race and our facilities aren’t any issue, in my opinion, affecting our success. A new coach will come in here, every coach that comes in needs something new, I don’t think this meeting room looked like this until Will got here, all right? But that’s the way it works. On a major scale that’s not impacting our success at all.”

Florida plans on having a completed indoor practice facility as early as July 2015.