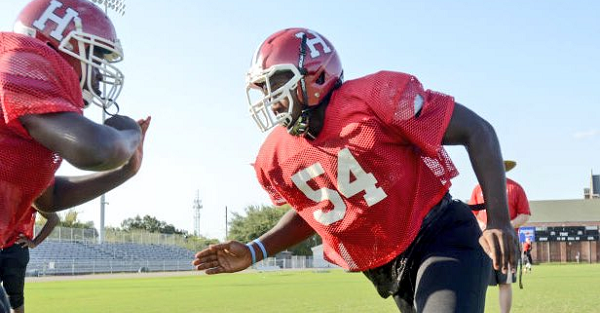 Four-star defensive end Zachary Carter was at Florida for a visit over the weekend and he was having a pretty great time. At least, that’s what his Twitter account would have you believe:

Doing everything they said I couldn't do but how about that orange, white, and blue 🔶🔷 pic.twitter.com/Gwb3M8eheW

Carter has been committed to the Gators, but it has been shaky at times with Alabama offering him a scholarship and trying to get him on campus. However, Carter is sticking with his commitment and even cancelled an official visit to Tuscaloosa to show his commitment.

The 6’5″, 250-pound strong side defensive end is the No. 3 recruit at his position and No. 23 recruit in the state of Florida. He has over 40 offers that includes a lot of Power 5 schools and would make any recruit blush.