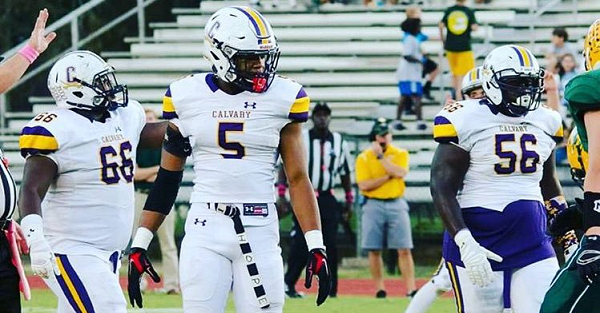 While some schools are already looking ahead to the 2018 recruiting class with the 2017 class almost wrapped up — National Signing Day is this coming Wednesday — but there are some guys looking ahead even further to the 2019 class. That applies to new IMG Academy enrollee and now Georgia commit Nolan Smith:

🐾 first but not the last pic.twitter.com/IsBhbzB1yg

Smith is transferring for his junior year to play in Bradenton, Fla. for the renowned IMG Academy to hopefully make him an even better player. He’s already ranked as a four-star defensive end by Scout. 247Sports’ crystal ball says that the 6’2″, 190-pound weak-side defensive end will stick to Georgia for now with 100 percent of the analysts picking the Dawgs.