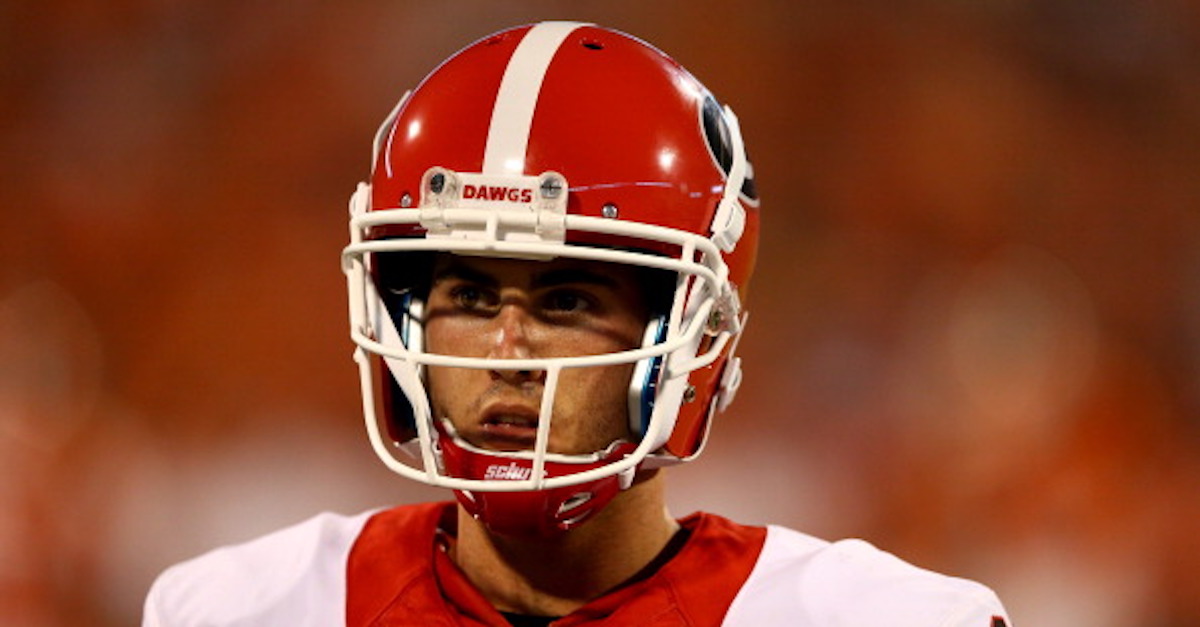 Aaron Murray was a fantastic college quarterback at Georgia and he should be remembered as such. While he never “made it” on a grand scale in the NFL, Murray produced quite a few memorable moments in Athens and, if nothing else, regularly kept the Bulldogs competitive in the SEC at the highest level.

However, he suffered a high-profile injury against Auburn on the road in 2010 and, over the weekend, Murray’s mother lashed out at the Tigers in memory of that play. Lauren Murray hopped on Facebook, declared herself something of a hypocrite and said the following:

“It’s hard for a mom to forget the day she watched cheap, dirty, illegal shots taken on her son over and over again that amounted to a fractured sternum, 8 stitches under his chin, whip lash (so bad the Dr. said it was worse than patients who are in major car accidents), and lastly, a contusion to the leg that finally brought him down. As Aaron was squirming on the field in pain, surrounded by medical staff, the Auburn fans were on their feet cheering while Fairly strutted around like a peacock getting accolades and cheers from adults, students, parents and coaches. My disdain for Auburn has not lessened, I’m still bitter!!”

It is easy to see why a mother would be upset by those cheering at the injury suffered by her son and that is, quite obviously, inexcusable. This was a long time ago by social media standards but that kind of irritation and bother doesn’t just fade away and that is clear in this particular post.