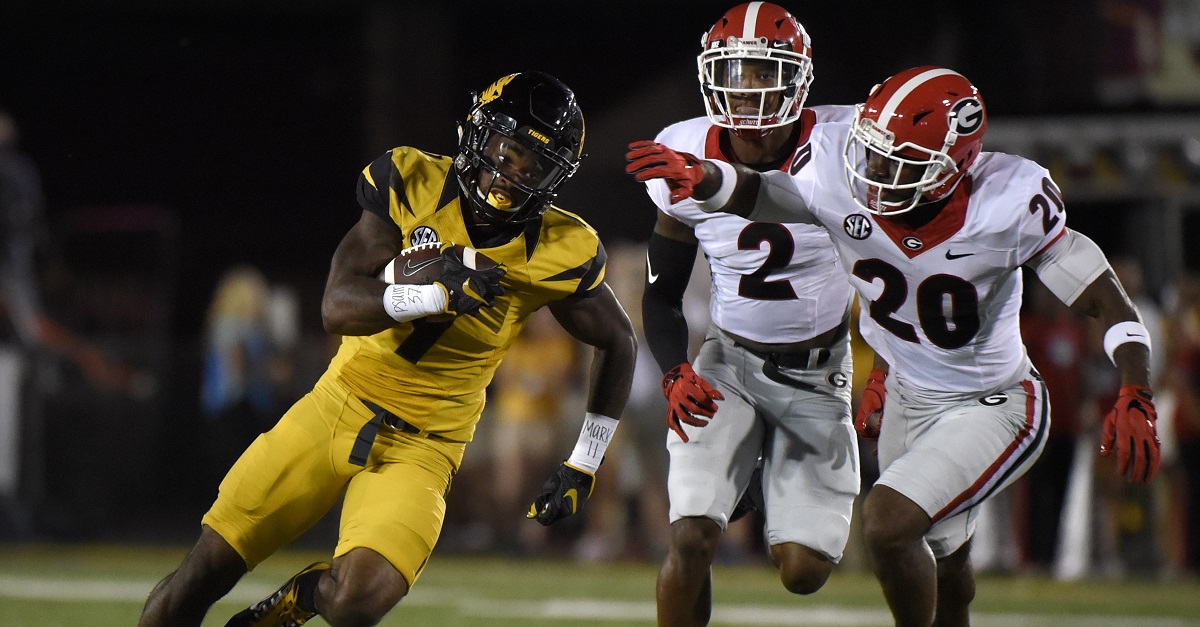 Ed Zurga/Getty Images
COLUMBIA, MO - SEPTEMBER 17: Chris Black #1 of the Missouri Tigers runs against Maurice Smith #2 and Quincy Mauger #20 of the Georgia Bulldogs in the second quarter at Memorial Stadium on September 17, 2016 in Columbia, Missouri. (Photo by Ed Zurga/Getty Images)

Booger McFarland is an SEC expert and analyst for ESPN and has been since 2014 when he joined the SEC Network. The former LSU defensive lineman knows what it takes to be successful in the conference so when he goes on Cole Cubelic’s  — a former SEC center himself for Auburn — radio show to predict who will represent the East in the SEC Championship Game people tend to listen. However, the reason for the prediction below is a bit puzzling:

"Georgia will win the East….Florida doesn't have the QB to get back to Atlanta"

McFarland must have forgotten how Florida got to the big game the last two years, because it certainly wasn’t due to its quarterback play. The Gators had a superior defense both years and were working with the likes of Treon Harris and Austin Appleby at the quarterback position. The SEC has also not been a great QB conference for a few years now as it’s become more of a running back-centric league and defensively focused as well.

However, the Bulldogs are expected to have one of, if not the best, offense in the East because of their balance in the running and passing game. Jacob Eason will be much improved and should have much better targets to throw to this season. Couple that with Sony Michel and Nick Chubb returning in the backfield and you’ve got a team that should win more than eight games and seriously compete for the SEC title.