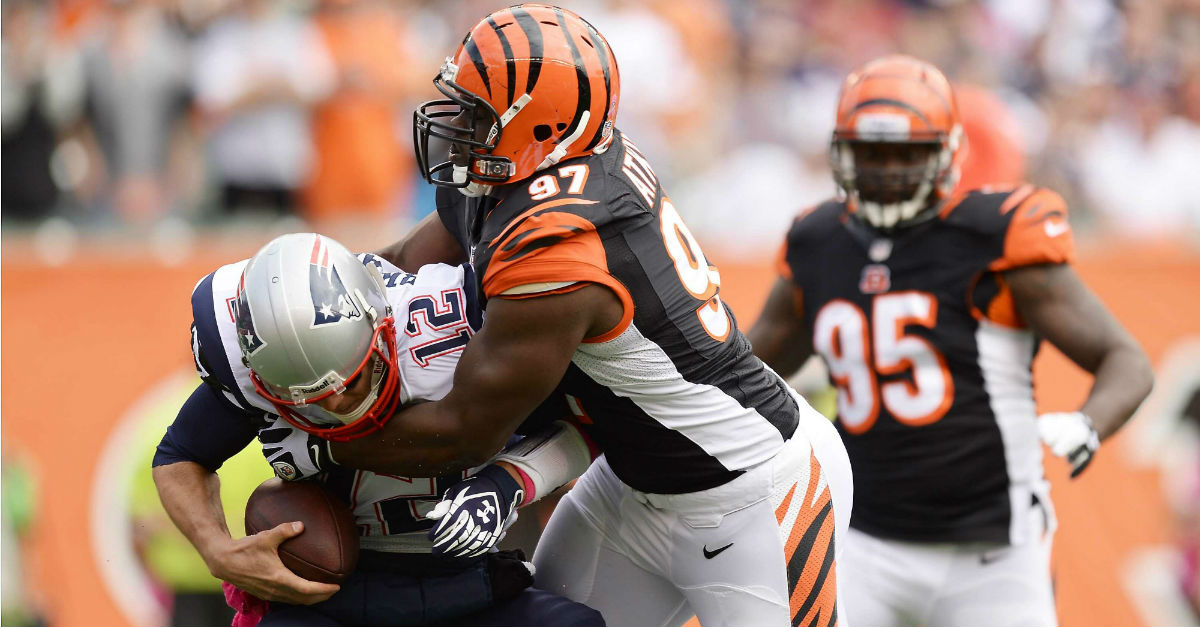 Atkins tore his ACL on Halloween last season — but still — the Bengals defense was scary good. With him healthy for an entire season, Cincinnati will be Freddy Krueger scary.

Before Atkins went down in week nine last season he had 20 tackles and six sacks. In 2012, he led all defensive tackles with 12.5 sacks en route to a first-team All-Pro honor.

According to Bengals defensive coordinator Paul Guenther, Atkins will make his preseason debut on Sunday when the team visits the Arizona Cardinals for its third preseason game. Guenther added that Atkins will play with the first team.

“Having him back’s a huge deal for us,” Guenther said via ESPN. “It’s good to see him back. It definitely means a big deal to us. … I’m sure he’s ready to get back and get his confidence up. I’m sure he’s anxious to get back in there and play with the guys.”

There’s no question that Atkins is the emotional leader for this Bengals defense. Having him back reassures that Cincinnati will be a force this season with the former Bulldog leading the helm.