There are certain pieces of information every true Georgia Bulldogs fan should have memorized. The University of Georgia being established in 1801 or the 'Dawgs playing football on old Herty Field before Sanford Stadium ever existed should be common knowledge.

Everything Georgia athletics is famous for, including beloved mascot Uga the Bulldog, can all be traced back to the story of one man: Dr. Charles Holmes Herty. Herty taught chemistry at UGA back in the late 1800s and injected life into the school's athletic program, including organizing Georgia's first-ever football team in 1892.

Believe it or not, Herty was also behind the school's red and black colors you see everywhere in Athens. But just how did the University of Georgia Bulldogs settle on these storied colors?

Wouldn't you know, longtime rival Georgia Tech had something to do with it.

The Story of Georgia's Colors 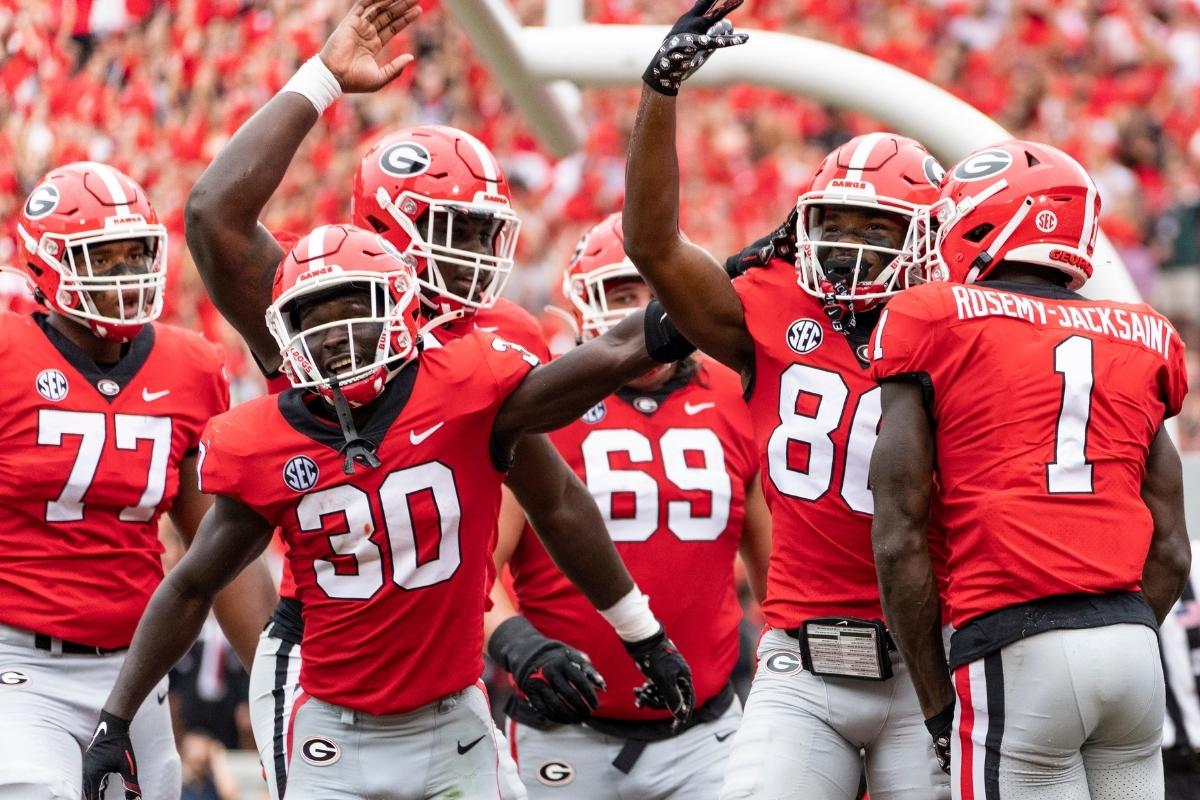 Georgia's team colors are red and black. Even the casual college football fan knows this. NCAA greats who went on to the NFL such as Herschel Walker, Champ Bailey, Hines Ward, Matthew Stafford, A.J. Green and Fran Tarkenton all donned these hues during their collegiate careers.

There are plenty of schools that use red and black in their t-shirts, jerseys and apparel, too. Texas Tech, Cincinnati, Louisville and Arkansas State all come to mind. But Georgia's red is native to the school that sits an hour east of Atlanta, where the red-and-black Atlanta Falcons play football.

It's a pair of colors that is a must-own for those living in the Peach State. You can find the specific hex color code for Georgia's primary colors here, just in case you want to repaint your Georgia football trophy room and add a massive Georgia Bulldogs logo in there.

Red and black, known as Bulldog Red and Arch Black, are embedded in the school's lore. Students on campus read UGA's weekly student newspaper, The Red & Black. The colors are mentioned in fight songs as well.

In the "Bulldog Marching Song":

Win or lose, the other fellow knows
Georgia fights until the whistle blows.
Red and Black wave on for Georgia's Varsity
And Georgia's victory!

And in "Hail To Georgia":

Hail to Georgia, down in Dixie!
A college honor'd fair, and true;
The Red and Black is her standard,
proudly it waves.

The red and black combination is an integral part of UGA, and it's been that way for more than 100 years. But how did these colors come to be at Georgia?

So, Why Are Georgia's Colors Red and Black? 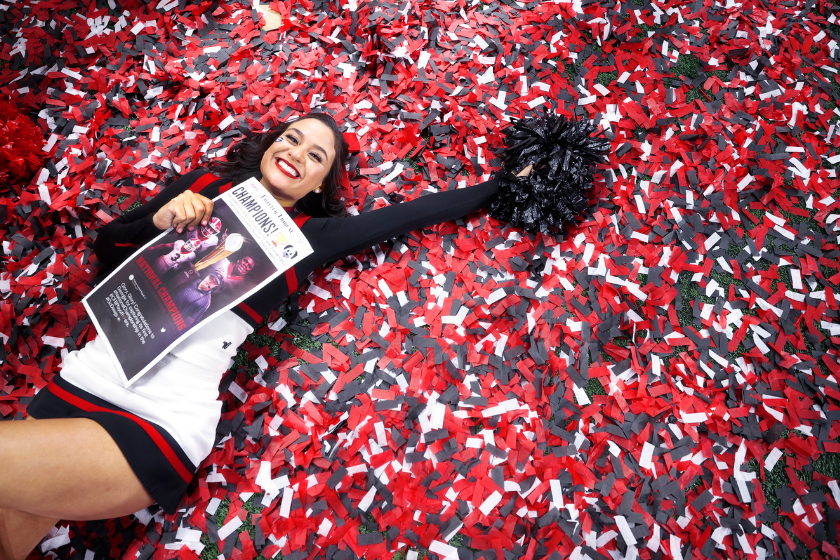 Back to Charles Herty.

In December 1891, editors of the university's literary magazine selected the colors "old gold, black and crimson." It was customary back then for each graduating class to choose colors and publish them in the yearbook.

Herty took issue with these colors. Well, one in particular. The old gold reminded him of yellow, and he wanted nothing to do with the color already in use by UGA rival Georgia Tech.

Rumor has it that Georgia Tech's 28-6 beatdown of Georgia in 1893 infuriated Herty and led to the removal of yellow, gold or anything similar. Georgia Tech had sent 200 women from the all-girl Lucy Cobb Institute in gold and white to cheer on GT that game, and that's how the Yellowjackets earned their name and how UGA treated the color like the plague.

So there you have it.

Today, UGA's red and black is one of the more notable color combinations in the Southeastern Conference and all of college football along with Florida's orange and blue, Notre Dame's navy and gold, Florida State's garnet and gold, the Clemson Tigers' purple and orange and Penn State's blue and white, among others.