Georgia may be without RB Sony Michel for Auburn game 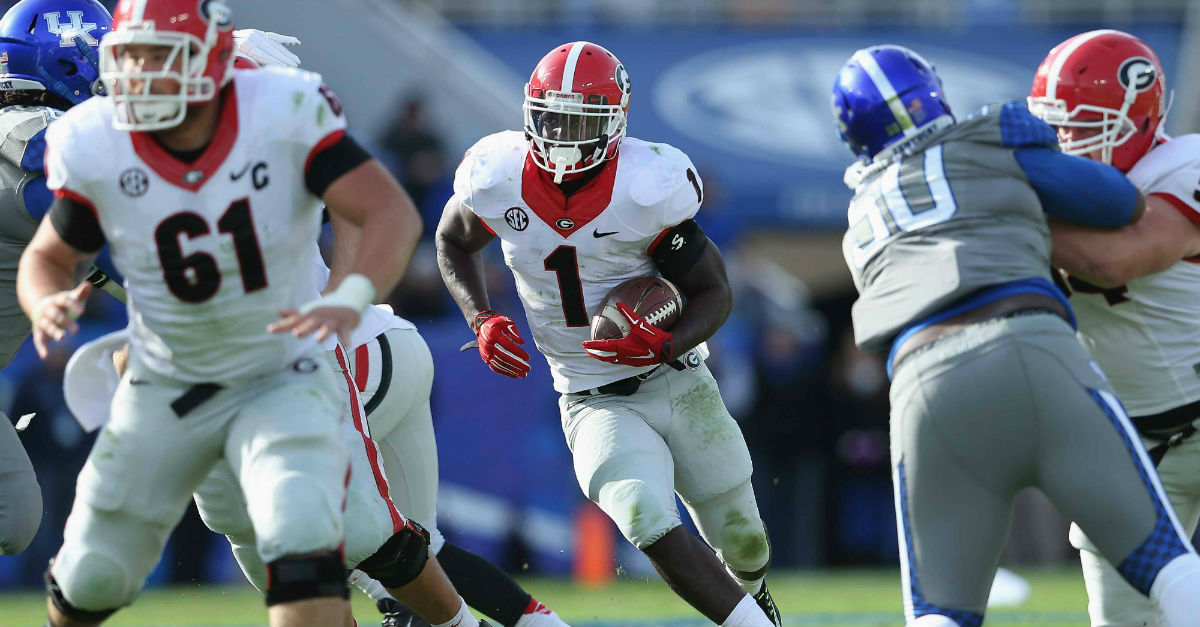 Bulldogs RB Sony Michel has battled injuries pretty much all season. He injured his shoulder in the Troy game, which caused him to miss five games. Now, Michel is battling an ankle injury that he suffered in the Kentucky game.

Michel hasn’t practiced at all this week, but coach Mark Richt isn’t ruling out Michel playing this weekend against Auburn.

“He has gotten better every day,” Rich said. “I know that. I always say hopeful. I?m hopeful he can play.?

Michel returned to the team against Kentucky and had a great day. He rushed 16 times (team-high), had 87 yards and a touchdown.

While Todd Gurley is coming back to the team, Michel’s addition in the backfield will only help Georgia be that much more explosive on the ground.

Georgia and Auburn kickoff this Saturday at 7:15 p.m. You’ll be able to watch the game on ESPN.