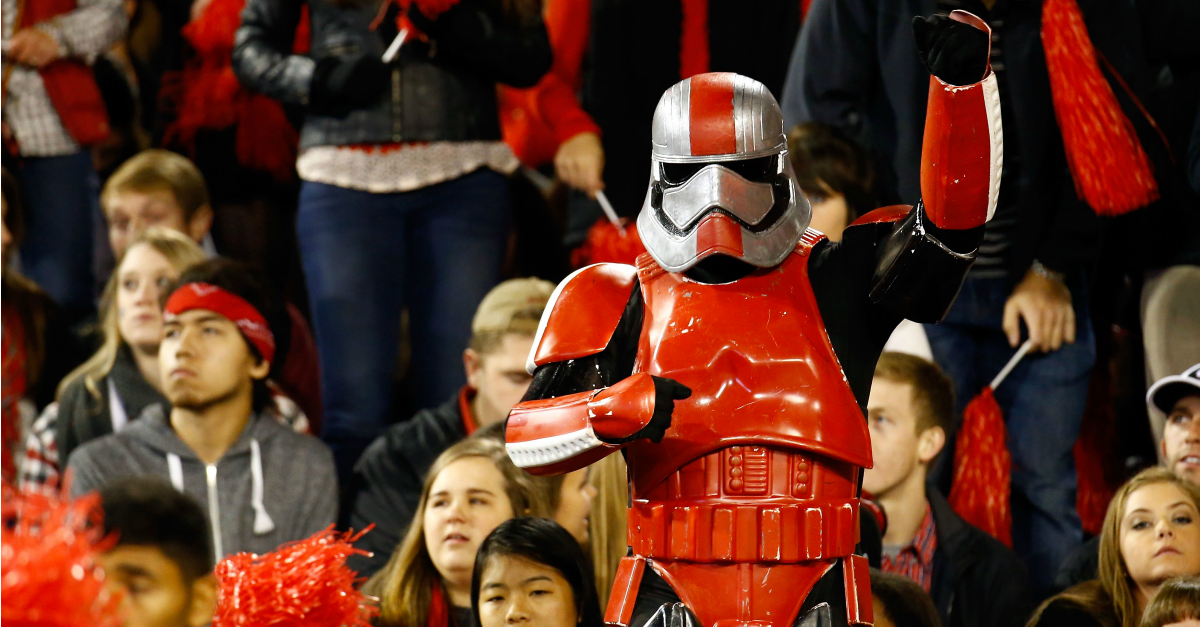 Georgia coach Kirby Smart urged fans to flock to Sanford Stadium and help make some SEC history. It looks like he got his wish as 93,000 people showed up for the Bulldogs’ Spring Game on Saturday. That set a new record in the SEC for most people at a spring game.

The previous high was 92,310 set at Alabama’s A-Day in 2011 when a Nick Saban statue was unveiled. Georgia destroyed its own personal best of 46,815 that was set last year.

It was such a momentous occasion that Georgia native and rapper Ludacris showed up to the game and performed for the huge audience there. The fans got to see five-star freshman Jacob Eason at quarterback and he did not disappoint with a 244-yard passing performance to go with a touchdown on 19-of-29 passing. Smart was impressed with Eason and the crowd that showed up to watch him play.

“I tell you what, for the fan base to come out to support our program and to support our kids the way they did, it touches me in my heart and makes a special moment.

“It speaks volumes for where Georgia’s headed and what it can do. I don’t think [Eason] knew there were 93,000 people out there because he sure didn’t [show it].”

Hopefully Georgia can take the momentum into the fall and get an SEC East title out of it at the very least.