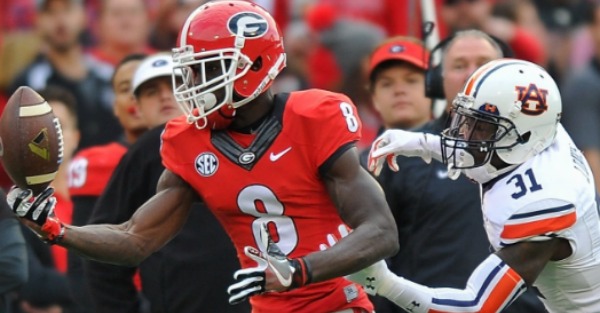 A sophomore wide receiver for the Georgia Bulldogs was arrested late Saturday after police said they found less than an ounce of marijuana in his possession, according to several reports.

Riley Ridley arrested and charged for marijuana possession, per our #UGA Insider. https://t.co/xWmqpho9eS

UGAsports.com, citing Athens (Ga.) Clarke-County jail logs, said Riley Ridley was arrested at 10 p.m. Saturday and released at 12:32 a.m. after posting a $1,000 bond. He was booked after being arrested in connection with possession of marijuana, a misdemeanor.

There no word on a court appearance.

As a freshman, Ridley caught 12 passes for 238 yards and two touchdowns.