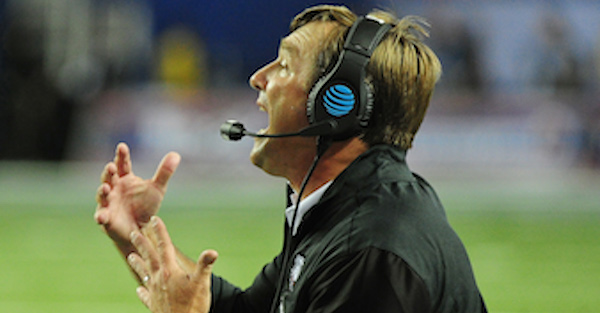 A week after Nick Chubb tore it up in a season opener, the Georgia Bulldogs are getting another boost. Running back Sony Michel has been cleared for contact and could play in the Bulldogs’ game Saturday against Nichols State.

Michel suffered a fractured arm in an ATV accident in July and has been rehabbing since. According to 247Sports, Michel has participated in full-contact practices the last two days and is planning to play in Saturday’s game in front of his family, who are traveling from Florida to watch him.

It’s a major boost to an already potent Georgia offense. Running back Nick Chubb played for the first time in a year last week and ran for 222 yards and two touchdowns in a 33-24 win over North Carolina. Michel ran for 1,161 rushing yards and eight touchdowns last season, and also had 270 receiving yards and three scores.

With both Chubb and Michel healthy and quarterback Jacob Eason leading the way, the Bulldogs look like they’ve got plenty of depth.