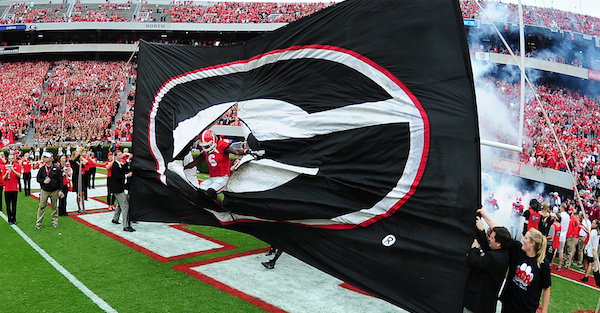 Things are going very well for the Georgia Bulldogs on the field, as Kirby Smart’s team is undefeated with a few high-profile wins on its resume. However, the program hit a bit of a hiccup late on Thursday evening, as starting linebacker Natrez Patrick was reportedly arrested and booked into Athens-Clarke County jail.

Seth Emerson of Dawg Nation brings word that Patrick was charged with “less than one ounce of marijuana and parking in a prohibited area” before posting bond in short order. While it is not the most serious offense, Patrick could miss this weekend’s game in Nashville against Vanderbilt and, given that UGA has an automatic four-game suspension trigger for a second marijuana violation, it could spell trouble for the talented linebacker if you read between the lines.

In short, Patrick was arrested on a marijuana charge (alongside a teammate) two years ago and he was suspended for one game at the time. It is a leap to assume anything at this point, but given that prior act, it seems possible or even likely that Georgia could hand down a more lengthy suspension that would keep him out of the lineup on Saturday.

At this point, this is an active situation that is definitely worth monitoring over the next few hours and days. Stay tuned.