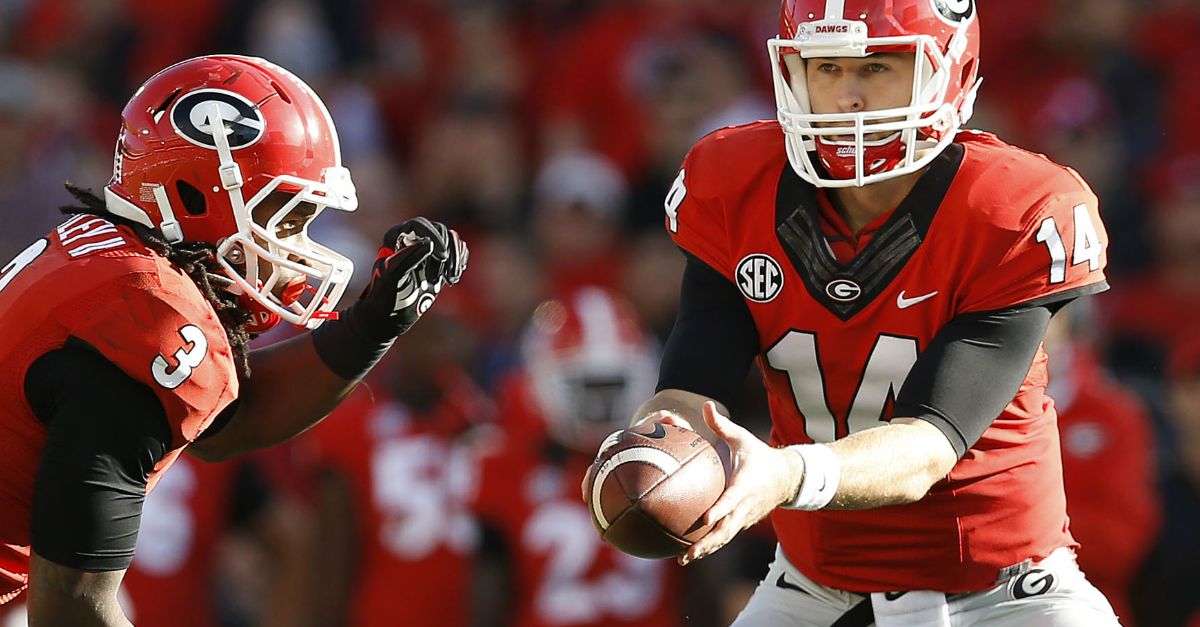 Georgia has a knack for loading up at the running back position on the recruiting trail, including five 5-star recruits since 2011 (Isaiah Crowell, Keith Marshall, Todd Gurley, Sony Michel and Nick Chubb). With only so many carries to go around and 11 positions to fill on both sides of the ball, it may seem more economical to only sign one top 10 running back per recruiting class.

But as Georgia sees it, the more the merrier. As the SEC’s reigning rushing leader, it’s hard to argue with the philosophy. When it’s all said and done, nothing may motivate a college player more than stiff competition.

It’s hard to believe now, but coming in, Chubb was actually No. 2 in his own class, behind five-star running back Sony Michel. But, as Chubb told ESPN’s Edward Aschoff, his feelings heading into Bulldogs camp a year ago were anything but resentful.

“Sony’s my boy and all, but coming in that’s all I heard: this five-star kid,” Chubb said in the ESPN story. “He’s a great running back, and that pushed me harder, and it pushed my [high school] coaches harder.”

Despite Michel’s five-star status, Chubb immediately replaced Gurley in the Bulldogs backfield and is now considered a frontrunner for the 2015 Heisman Trophy.

Though the saying goes that too much of anything is bad, I think you’ll find that the opposite is true for Bulldogs running backs for clearly they bring out the best of one another.