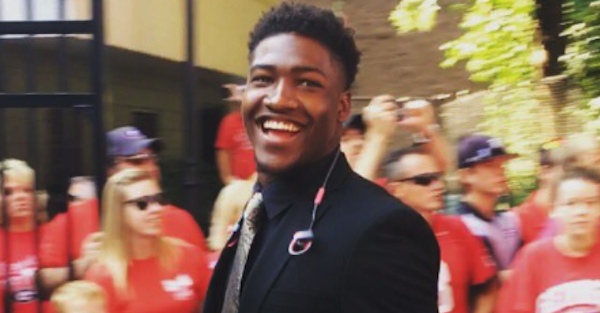 Concussion awareness continues to increase in the football world, with players generally taking their futures into account at a greater level. To that end, former four-star prospect and Georgia linebacker Rashad Roundtree will be making the choice to step away and retire from the game that he loves.

Roundtree, who missed the entire 2017 campaign, took to Twitter to announce the decision and explain his thoughts.

“As a result of a number of concussions, it is with a heavy heart that I announce that my journey in the path of football has come to an end. As a child, all of my dreams involved playing football and it deeply saddens me that I can’t play anymore.”

“From little league, to middle school, through high school and now at Georgia my life has always been filled with football. My best memories involve being out on the field with my boys and with my family in the crowd cheering me on.”

“I want to humbly thank everyone that has supported me and who continue to support me.“

It will be interesting to see whether Roundtree will stay on scholarship without taking away from Georgia’s allotment of 85 but, more than anything, his future and safety are the primary concern. While Roundtree was not necessarily an impact player, he did appear frequently at both safety and linebacker during his 24-game career prior to 2017 and we want to wish him the best for the future.