Ray Goff Traded the GridIron for the Griddle After Leaving Georgia 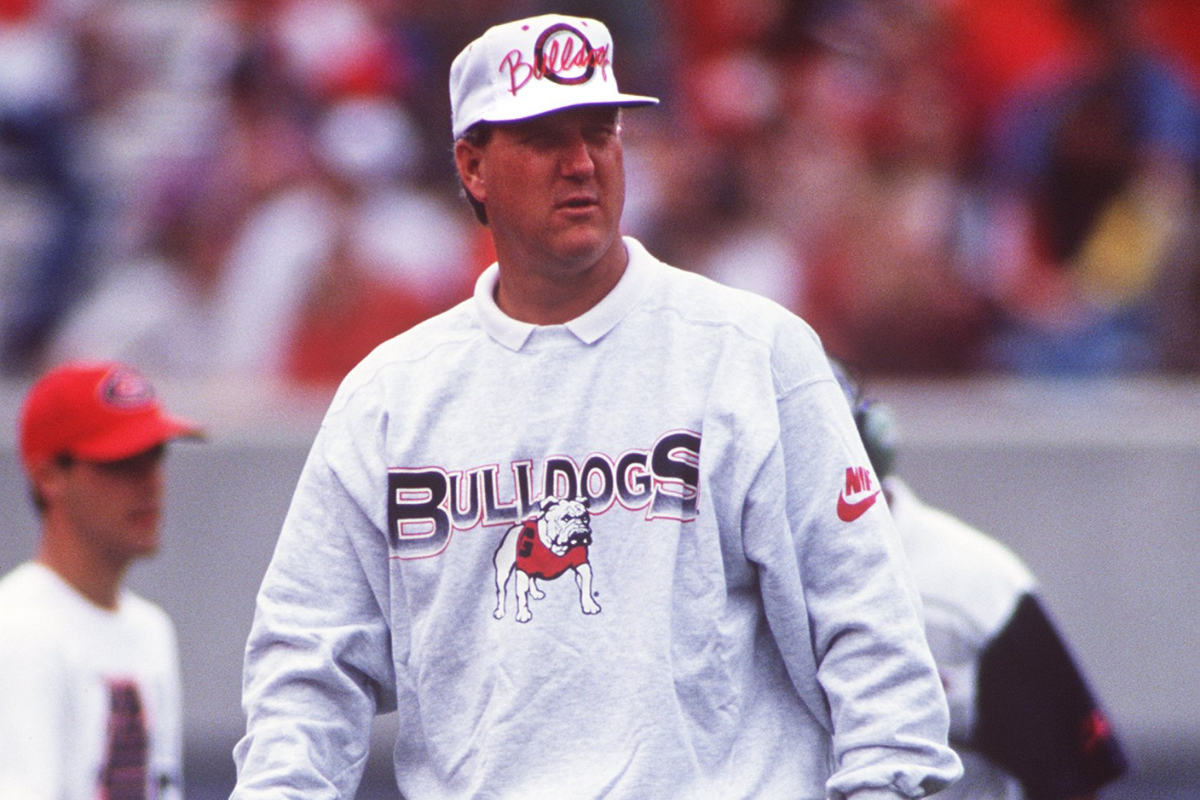 Former Georgia Bulldogs head coach Ray Goff enjoyed a successful stint with the college football program, both as a quarterback and a coach.

While he will forever be remembered for his time in Athens, Goff has since taken upon a very different career path in his life.

So, where is the former UGA coach now?

RELATED: David Greene is a Georgia Legend, But Where is He Now?

Prior to his time as head football coach, Ray Goff was a legendary quarterback for the University of Georgia Bulldogs. He led the team to a 19-5 record and won an SEC championship during his two-year stint as the starting QB under Vince Dooley.

He was named SEC Player of the Year in 1976 after leading the ‘Dawgs to the National Championship Game, though they lost to Pittsburgh.

Ray Goff took over as the head coach of the Georgia football team in 1989.

Throughout his seven-year coaching career with the Dawgs, Goff led the team to four bowl games and a 46-34 overall record. In 1992, his best season, Goff coached the Bulldogs to a Citrus Bowl victory over Ohio State and a 10-2 record.

During his final season in charge, he recruited and coached then-freshman Kirby Smart. Georgia went 6-6 that season and lost in the Peach Bowl to Virginia. He was fired by Georgia following the 1995 season, which included a brutal loss at the hands of the Florida Gators.

Before his stint as Georgia’s HC, the Moultrie, Georgia native had served as an assistant coach for the South Carolina Gamecocks. He then returned to Sanford Stadium in various roles from 1981-1988, including recruiting coordinator, running backs coach and tight ends coach.

During that time, he showcased his talent as a recruiter in the Southeastern Conference, which helped him earn his job as head coach.

Who out there likes Zaxby's? Ray Goff did before it was well-known – and it ended up paying off big time for the former Georgia football coach.

The story of how Goff became one of the early investors and biggest franchise owner in the restaurant chain:https://t.co/pwqF4aX5AE

Ray Goff had a brief stint with the Denver Broncos, but quit football after deciding the NFL wasn’t the career path he wished to pursue.

Instead, Goff opted to take on a vastly different career path, becoming an early investor and franchise owner of multiple Zaxby’s restaurants.

Goff entered the fray at Zaxby’s before the chain really took off, and his decision has paid dividends for him. The restaurant has become widely popular throughout the United States.