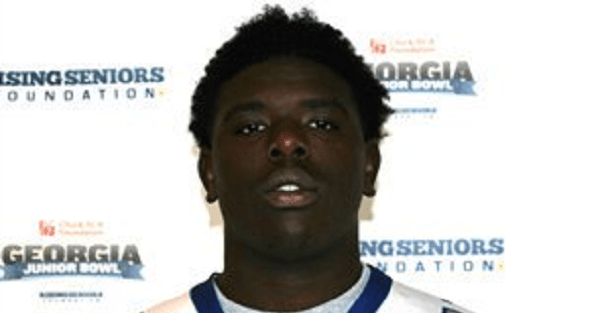 Georgia coach Kirby Smart has announced that OL signee D'Antne Demery has been released from his National Letter… https://t.co/roZ2OgKohu

According to Dawg Nation, Emery was arrested on suspicion of criminal trespass and simple battery, both misdemeanors. He was arrested by Athens-Clarke County police. The booking time is listed as 10:52 pm. and he was still in jail as of Sunday morning at 7:10 a.m.

Demery was booked into the jail at 10:52 p.m. Saturday. Police say Demery admitted to having physical contact with the victim, who advised police she has been physically violent with her in the past. According to a synopsis provided by a police spokesperson, downtown officers were dispatched to a report of “a black male choking (strangling) a female. Upon arrival, both individuals had left the area. Moments later, the victim called 911; advising that she wished to press charges against D’Antne Demery for hitting her.”

The 6’7″, 310-pound offensive tackle was on campus for the annual G-Day spring game with other recruits and signees. Demery is one of six offensive lineman to sign with the Bulldogs in the 2017 class.