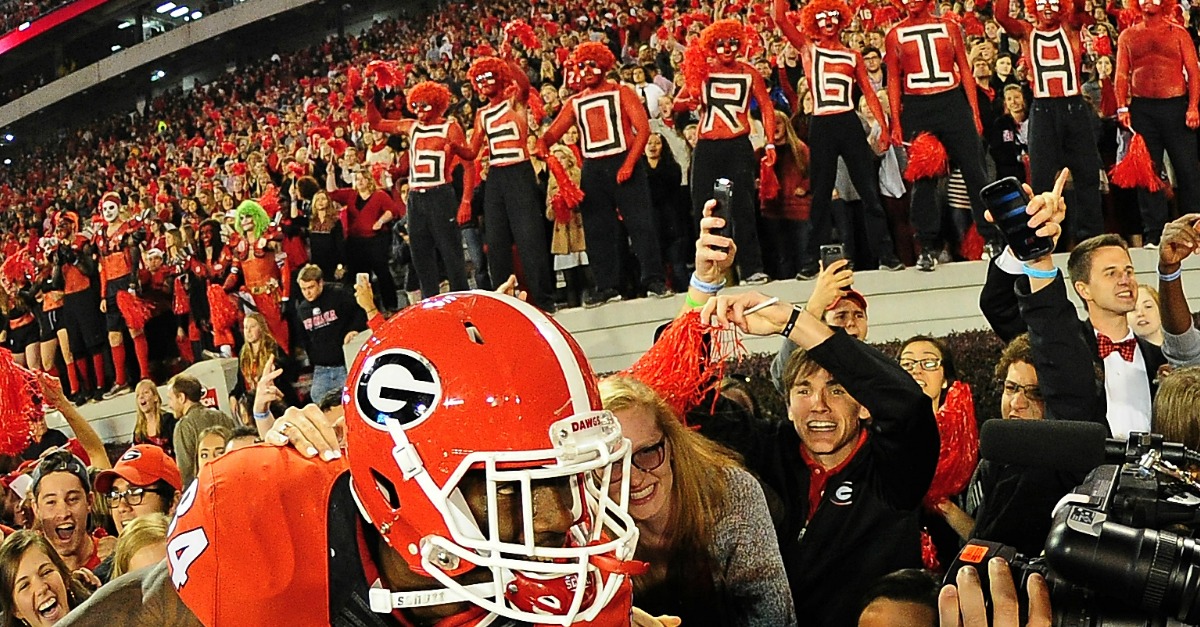 The Bulldogs have talent to burn this season, but a coaching shakeup coupled with an uncertain quarterback situation could mean a repeat of last season’s 9-3 debacle.

That’s the feeling of SEC Network pundits Greg McElroy and Marcus Spears, who predicted that Georgia would end the 2016 regular season with the exact same record as in 2015—9-3 overall and 5-3 in the conference.

The three predicted losses are to Ole Miss, Tennessee (the consensus pick to win the SEC East) and Florida. Among the notable wins predicted were the opener against North Carolina, Auburn and the annual in-state clash with Georgia Tech.

While 9-3 overall hardly seems like the end of the world, a 5-3 finish in the SEC is pretty close. Losses to Ole Miss, Tennessee and Florida seem about right. The game against Auburn, which promises to be much-improved considering Gus Malzahn will be coaching for his life this season, could go down as a fourth loss.

All things considered, the pieces are there for Georgia this season. The odds are just against them falling into place. The running game with a healthy Nick Chubb and Sony Michel will be there in spades. The defense, especially with former Alabama defensive coordinator Kirby Smart now at the helm, will be there. The Bulldogs’ entire season will likely hinge on whether it’s true freshman Jacob Eason or senior Greyson Lambert under center.

Either way, it’s less than a tossup.