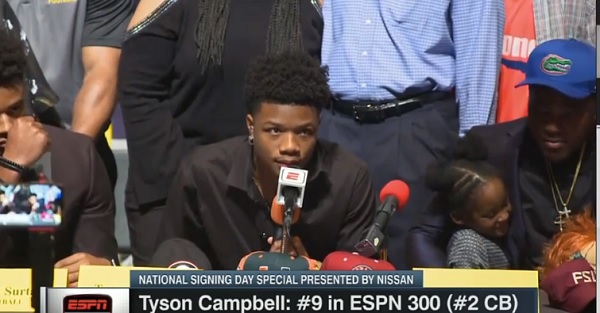 Five-star cornerback Tyson Campbell came into National Signing Day as one of the top uncommitted prospects, but he made his decision early on Wednesday.

In a special on ESPNU, Campbell announced that he had committed to Georgia.

Campbell also had Miami and Alabama in his top three.

Campbell described Georgia as a place he felt “comfortable” and “where he can see himself playing at”. The Bulldogs have had an incredible recruiting class in 2018, and Campbell becomes the latest five-star recruit to land in Athens during this recruiting cycle.

Campbell is rated as a five-star and the No. 2 cornerback in the nation by the 247Sports Composite.