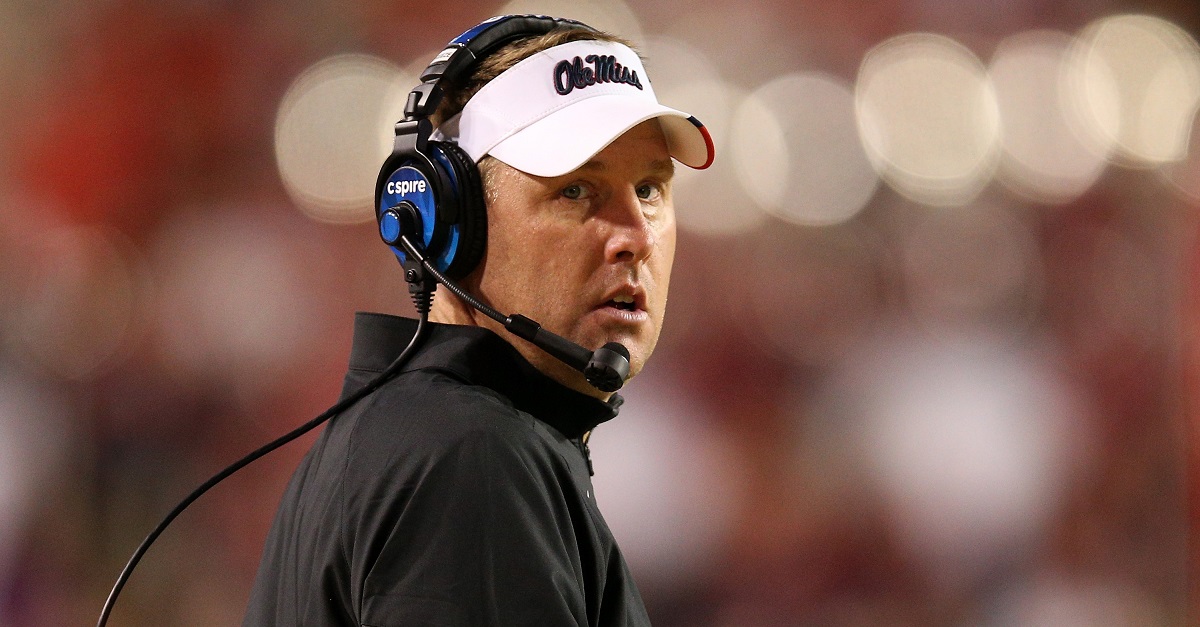 Former Ole Miss coach Hugh Freeze is reportedly out of the running for the offensive coordinator position at Missouri, as well as any other SEC vacancies, according to Rivals’ Gabe DeArmond.

Multiple sources indicate to me Hugh Freeze is not in play for the offensive coordinator opening at #Mizzou. Based on my info, I don’t expect Freeze to be in the SEC next season.

Freeze went 39-25 during five seasons as Ole Miss’ head coach before being forced to resign from the position in the wake of a scandal in which he made calls to a Tampa escort service using a school-issued phone. That incident took place amid a long, ongoing NCAA investigation that led to multiple penalties against the university.

Freeze is currently serving a one-year restriction penalty as head coach, which followed the NCAA’s ruling. However, he can become an assistant coach immediately should a position become available.

The Tigers have been looking for a new offensive coordinator since Josh Heupel accepted the UCF head coaching position last week.