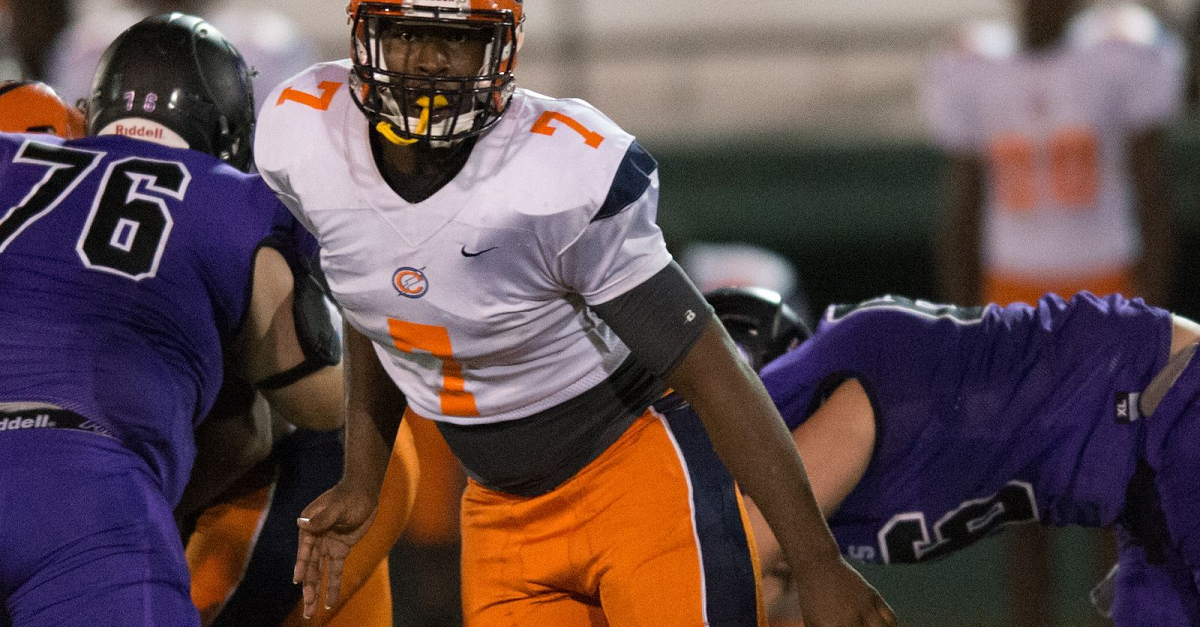 Mississippi State was off to a solid start for the season with three straight wins, but has floundered the last two weeks with bad losses to Georgia and Auburn. However, things are picking up a bit on the recruiting trail for the Bulldogs as they landed a commitment from four-star defensive end James Williams.

The Clarion-Ledger is reporting his commitment and even has some quotes from him. Williams reportedly called coach Dan Mullen Tuesday morning and told him he would be committing after his team’s practice that day. Here’s why he likes Mississippi State so much.

“The fact that I know I can come in right away and play was a factor in my decision,” Williams said. “I also feel at home in Starkville.”

Thee 6-foot-5, 285-pound is ranked as the No. 13 strong side defensive end in the class of 2018 according  to Scout. He’s also ranked as the No. 2 recruit in the state of Mississippi. He also had offers from Alabama, Georgia, Louisville  and LSU among others.