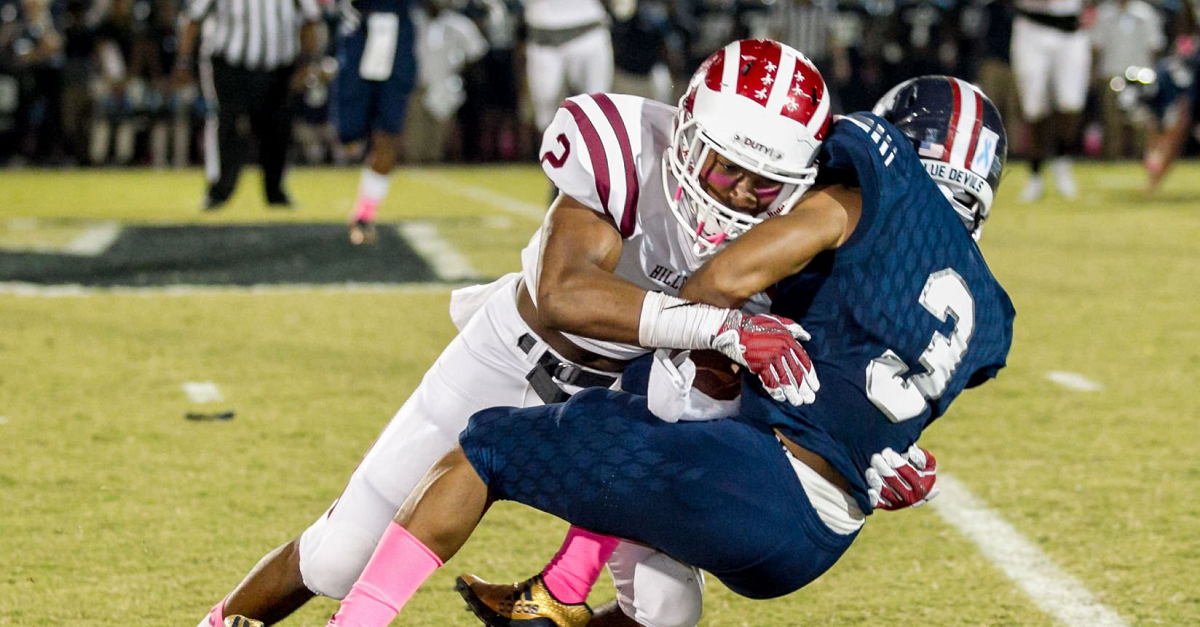 Four-star safety Jaylen McCollough has plenty of time until he has to make a commitment as he is a 2019 recruit. However, he seems to be whittling down his list of schools as he dropped a top seven list via Twitter.

No Negativity. Have a Blessed Day 🙏🏾 pic.twitter.com/f8bHdKMkuV

The 6-foot-1, 190-pound safety out of Georgia named Ohio State, Florida State, Auburn, Alabama, Georgia, Tennessee and South Carolina as his top schools. He’s ranked as the No. 4 safety in the class of 2019 as well as the No. 10 recruit in the state. He also has offers from Florida, Louisville, LSU, Michigan, Notre Dame and USC among others.