6’8″ OL Seth Stewart upgrades, flips from Marshall to this powerhouse 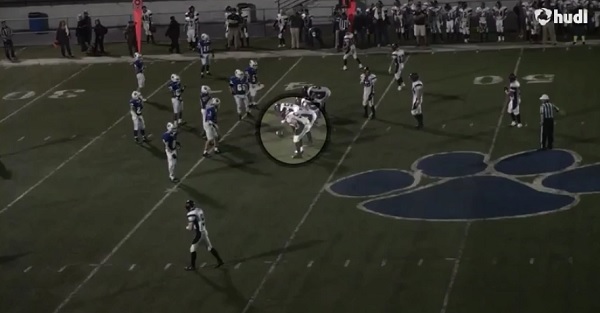 Well this is certainly a big flip.

Three-star offensive lineman Seth Stewart (6-foot-8, 320 pounds, Point Pleasant, WV) had originally been committed to Marshall, but his recruitment had started to gain steam as he received more offers from Power 5 schools. It looks like his has found the right one, too, as he flipped from the Thundering Herd to LSU on Saturday.

Honored and blessed to say that I am going to continue my education at Louisiana state university. pic.twitter.com/cf0DWggN2W

Stewart still has a lot of developing to do, clearly someone of that size has a lot of potential. LSU is just the school he needs to maximize his development, too, as he will be learning from some of the best coaches in college football and he won’t be rushed too soon.

RELATED: Four-star running back surprises Buckeyes with flip to this school

Stewart is ranked as the No. 6 overall recruit out of West Virginia. He also had offers from Arkansas — a team definitely known for large offensive lineman — and Louisville.