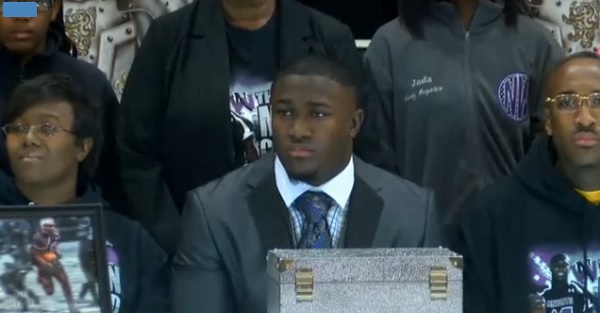 Four-star running back and linebacker Devin White (6-foot-1, 258 pounds, Springhill, La.) announced via press conference on Friday that he will attend LSU. White will enroll at the school next week.

The commitment comes after White has been arrested twice in the past few months. In November, White was arrested on misdemeanor “sex charges of carnal knowledge of a juvenile” that involves White allegedly attempting to have sex with a 14-year old girl. In December, White was again arrested for careless operation of a motor vehicle. The charges caused White to be pulled from the Under Armour All-American game that took place on Saturday.

Those legal issues did not appear to affect White’s recruiting, however, as the young prospect had his choices narrowed down to LSU, Alabama, and Arkansas.