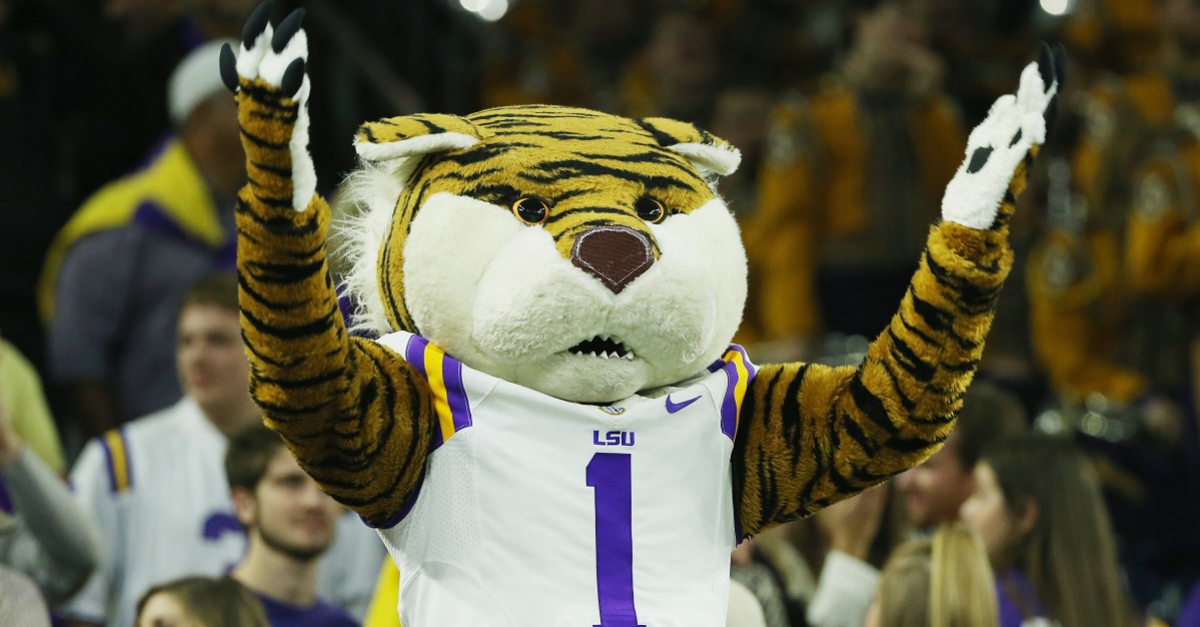 Scott Halleran/Getty Images
Leonard Fournette #7 of the LSU Tigers runs with the ball during the second half of their game against the Texas Tech Red Raiders during the AdvoCare V100 Texas Bowl at NRG Stadium on December 29, 2015 in Houston, Texas. *** Local Caption *** Leonard Fournette

LSU interim head coach Ed Orgeron is fighting to keep the Tigers’ top job, but former SEC standout and LSU alum Booger McFarland doesn’t think there’s any way he can do so, according to Kevin Ryan of 247sports (via SEC Country).

Related: Here’s the one reason why Jimbo Fisher won’t leave for the LSU job

“I think they’re looking for something they’ve never had,” McFarland said, according to Ryan. “That’s a head coach with an offensive background, a head coach that can bring a young quarterback in here and get some excitement. … I don’t know of anything, in my opinion, that he can do to keep this job.”

Apparently even unlikely wins over Ole Miss and Alabama in consecutive weeks wouldn’t be enough for Orgeron to keep the gig.