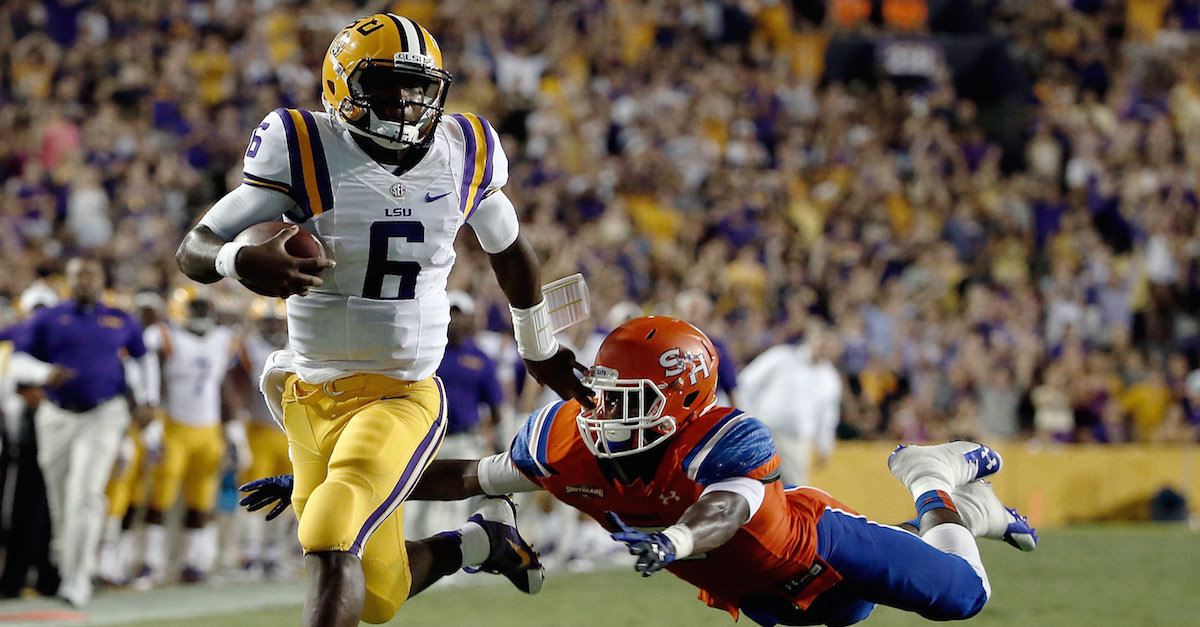 Former LSU quarterback Brandon Harris has been one of the most coveted grad transfers on the market this offseason and he has officially named a new home as evidenced by a Facebook post from him:

Harris finished his LSU career with over 2,700 passing yards and 20 touchdowns against 10 interceptions. He completed less than 54 percent of his passes, but is hoping for a new start at UNC who just saw Mitch Trubisky go pro. He will be eligible immediately after he graduates in the spring as a grad transfer.