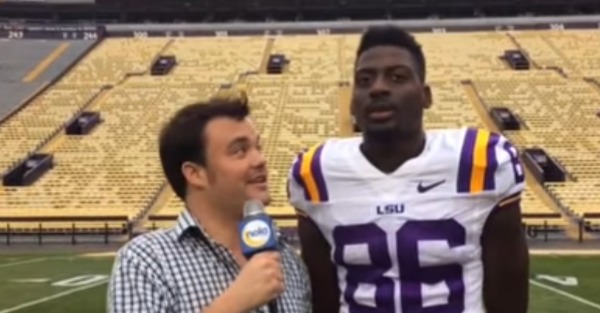 Sophomore LSU wide receiver Jazz Ferguson has announced he will transfer from the program.

The once highly-touted native of Saint Francisville, Louisiana, told The Advocate that he would have no problem sitting out next season in order to be able to join an FBS program. He gave no reason for his decision, which he made known on Twitter Thursday.

The 6-5, 233 pound former four-star player saw the field sparingly in his two seasons in Baton Rouge, ending his career with just two catches for 17 yards after appearing in the first seven games of the 2016 season.

He was suspended by then-interim head coach Ed Orgeron in November for an undisclosed violation of team rules. Ferguson joins Tyron Johnson, John Diarse, Kevin Spears, and Trey Quinn as the fifth wide receiver to transfer out of LSU in the past year.