Les Miles explains why he almost left LSU in 2012 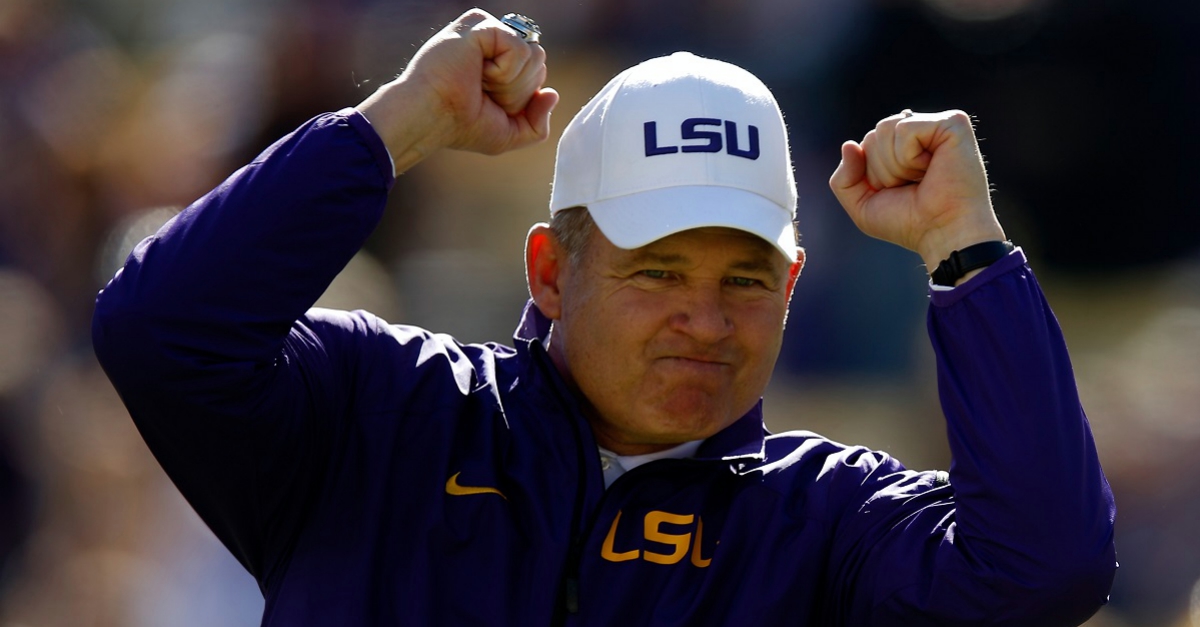 Les Miles has been out of the college coaching game for a full season and, frankly, it is still bizarre to consider the national championship winner as something other than an active head coach. It may have been time for Miles to move on from LSU when he was shown the door but, prior to that, he put together real success in Baton Rouge and was seemingly in high demand for other jobs during his tenure.

With that in mind, Miles revealed on Thursday that he was actually considering leaving LSU back in 2012. His proposed destination? Joining AD Jeff Long at Arkansas.

Miles says he considered taking the Arkansas job in 2012 (before Bielema was hired) because of his relationship with Jeff Long, but ultimately did not want to move his family out of Baton Rouge.

This may seem far-fetched given where Miles was in 2012 and, of course, it didn’t actually come to fruition. In fact, Ross Dellenger of The Advocate indicates that there was another big factor that kept Miles in Baton Rouge.

Miles was reportedly offered the Arkansas job in 2012, but nothing ever came of it and it was unclear at the time just how interest Miles was in the position.

The next destination for Les Miles will continue to be a big topic of conversation and, well, Long isn’t currently employed as an AD to hire him. Still, this story will make for some interesting “what if?” scenarios for both LSU and Arkansas and that is the definition of quality fodder in the dark days of the college football offseason.