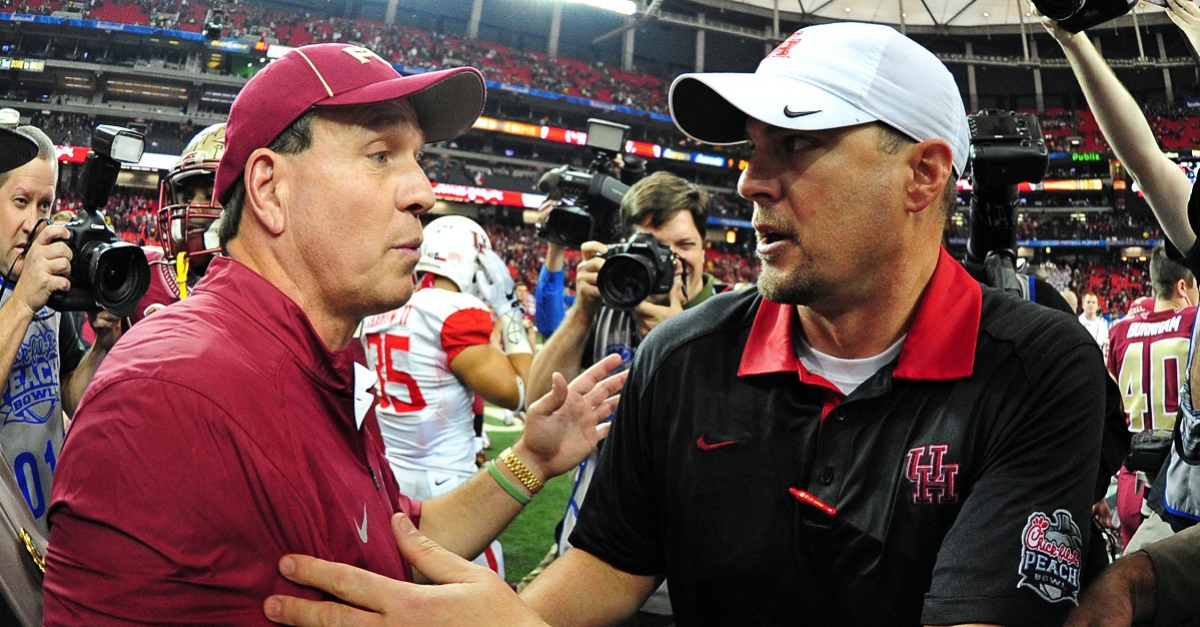 According to Scout’s Chip Brown, Tom Herman is reportedly close to becoming LSU’s next head coach.

That’s not quite the case, per a team-released presser:

“Contrary to media reports, there has been no decision made on who will be the next football coach at LSU. Coach Orgeron has done a great job of leading this team since taking over in late September and we are pulling hard for the Tigers tonight against Texas A&M. As we stated earlier, we are going to take our time and make sure we select the right person to lead our football program.”

The latest report came days after it was noted that Jimbo Fisher had been extended a “substantial offer” from LSU. CBS Sports noted a deal could be in place as of Saturday, but did not specify if that deal would be for Herman, Fisher or another coaching candidate.

Houston has reportedly offered Herman a massive raise in response to the latest departure rumors:

.@TilmanJFertitta: "I do not fear a bidding war for Tom. We're not going to lose him over money." pic.twitter.com/fXjOyBd0ay

Herman would also fit that bill if he lands the LSU gig. Orgeron would be expected to bring in a proven offensive coordinator with a track record of developing quarterbacks if he lands with the Tigers.