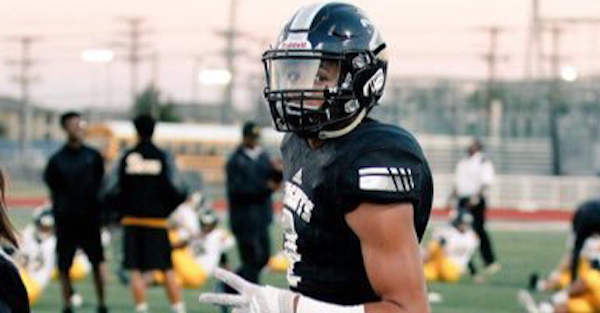 Just one day after he was named head coach of LSU, Ed Orgeron has landed his first commitment from four-star safety Caden Sterns, per 247sports:

“I just committed to LSU,” Sterns said. “(Ed Orgeron) has done a great job taking over, handling adversity and motivating the Tigers to win. It shows what type of coach he is and how he is a competitor. It shows his character and his love for LSU and the game. He’s a player coach and cares about his players.

“Also, with him being from that area and him being the coach will mean well for Baton Rouge . He deserved the job without a doubt. So I think it was a great move for LSU.”

The No. 4 safety in the country and No. 5 player in the state of Texas committed over offers from Texas, Baylor, Michigan and TCU.