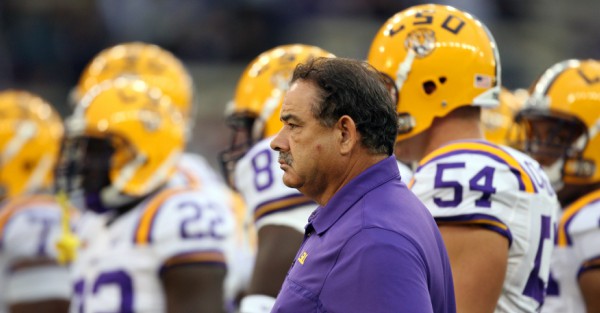 When former LSU defensive coordinator John Chavis left for Texas A&M this past offseason, No. 9 LSU knew it had big shoes to fill. While Kevin Steele’s defense hasn’t been horrible, the Tigers’ (7-2, 4-2 SEC) new defensive coordinator hasn’t quite lived up to Chavis’ standard of excellence in his first year, according to The Advocate’s Ross Dellenger.

LSU?s defense hasn?t been terrible this season, but it?s headed for its worst year, stat wise, since before John Chavis took over as coordinator in 2009.

Steele’s job won’t get any easier this week when LSU plays Ole Miss on the road. The game will kickoff at 3:30 p.m. EST Saturday on CBS.