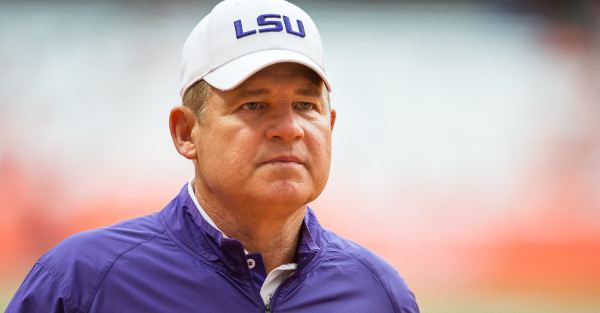 It started as just a report that Les Miles and Cam Cameron might be on their way out the door, but it looks like the school and the higher ups in the athletic department have had enough. After a 12-year run and a BCS National Championship, Les Miles is out as LSU coach and will be on the job hunt for a while.

The Tigers already know who their interim coach will be as well:

More news: #LSU D-line coach Ed Orgeron is being offered the position as interim coach for the Tigers.

Miles’ buyout is around $6.4 million, but it sounds like the athletic department doesn’t have any issues paying that to get a new start under a different coach.