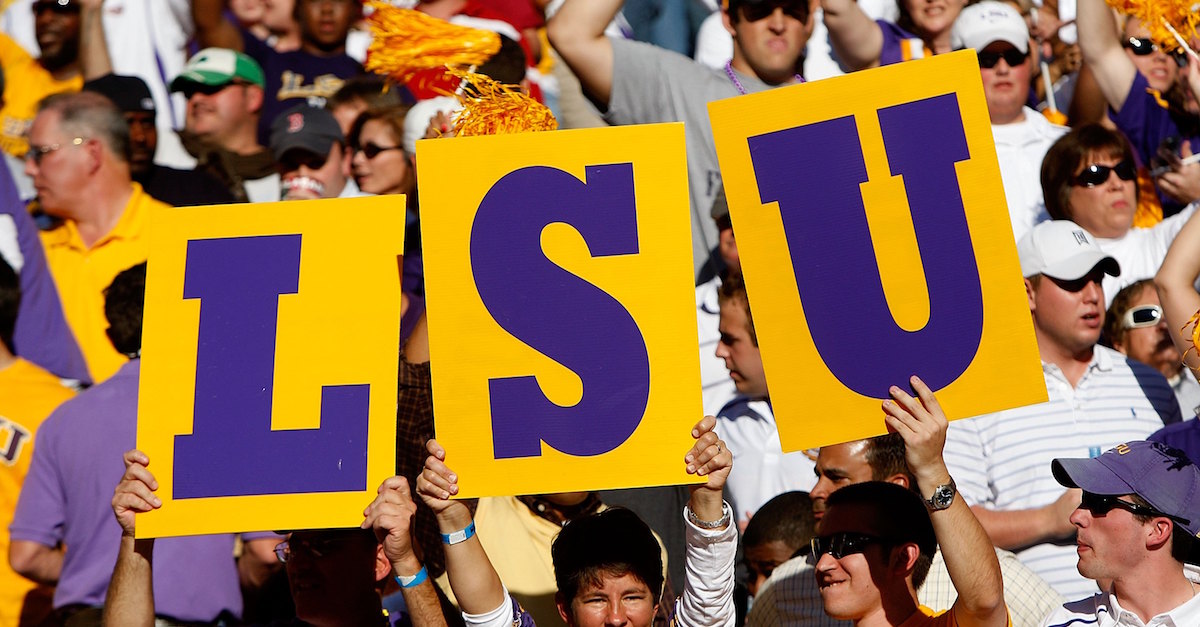 There have been plenty of analysts and reporters speculating about which coaches might be chosen by LSU to replace Les Miles for next season. Florida State’s Jimbo Fisher is the favorite to take over in Baton Rouge since athletic director Joe Alleva likes him a lot and he worked there under both Nick Saban and Les Miles.

RELATED: School President says his LSU coaching candidate ‘wants to stay’ where he is

It’s been made clear on several occasions that Fisher is unavailable and will stay in Tallahasssee, but the Baton Rouge Advocate has found out that the school has seven other candidates on the list after him though:

Who's next on the list if Jimbo Fisher turns down LSU? The @theadvocatebr says 7 other names are in play. #CFB pic.twitter.com/mzat4QxUvT

Most of those names have been thrown around as the potential Miles replacement for some time now, but seeing MacIntyre on there with Dana Hologerson and Mike Gundy is a bit curious though. Gundy seems to be perfectly happy at Oklahoma State where he’s been since 2005 as head coach and Holgerson has been at West Virginia since 2011 when he won the Big East and the Orange Bowl.

RELATED: LSU reportedly laying out plan for next hiring, which could be “executed next weekend”

MacIntyre has been a great story this season leading the Buffaloes to a 9-2 record and a top ranking in the AP Poll. He’s been there since 2013 and this is the school’s first winning season under him. If he can duplicate that kind of success next year then he might be considered a better candidate, but right now he is a definite long shot.