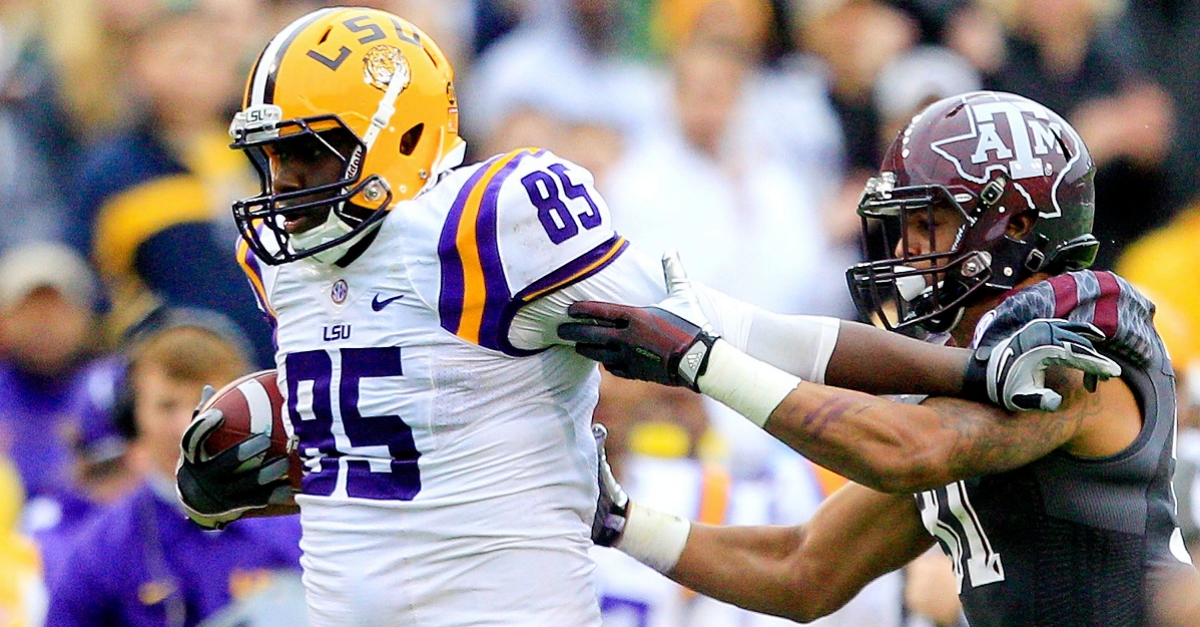 According to the Times-Picayune, LSU tight end Dillon Gordon was stabbed at a Baton Rouge bar early on Tuesday morning. The injuries are reported to be non-life threatening.

According to the Baton Rouge Police, a 22 year old man was stabbed multiple times at Reggies, a bar near the LSU campus. The incident occurred at 12:45 a.m. on Tuesday morning, with the police not naming a suspect or a motive. The Time-Picayune reported via a source that the victim was indeed Gordon. Gordon’s Twitter appears to corroborate that report.

Thank you Lord it just wasnt my time 🙏🏾

Gordon played sparingly this season, mostly due to an Achilles injury that he suffered on September 19 against Auburn. Because of the injury, the senior will be seeking an extra year of eligibility of the NCAA.

Gordon — listed at 6-foot-5, 308 pounds — has been used more as a blocker in his career than as a receiver. He has seven catches for 96 yards in his three-year career with the Tigers.